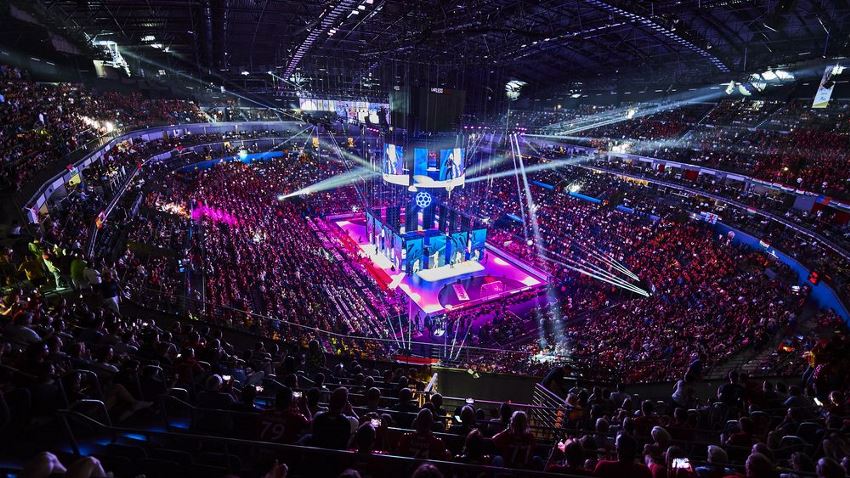 In an electrifying atmosphere, HC Vardar lifted their second VELUX EHF FINAL4 trophy in front of 20,000 ecstatic fans in the LANXESS arena on Sunday by beating Hungarian champions Telekom Veszprém.

The tenth edition the VELUX EHF FINAL4 2019 offered a unique blend of thrilling handball and spectacular entertainment over the course of two days in Cologne.

Michael Wiederer, EHF President, said: “We have seen a tremendous development of the event over the last ten years. We were treated to great handball and entertainment on the tenth anniversary, and the event was crowned by the unveiling of the Ball of Fame which proves our outstanding collaboration with city of Cologne and LANXESS arena. Cologne is truly the world capital of club handball.”

The season-ending event has beaten all records in media coverage as 42 TV partners broadcast the matches to more than 110 territories around the globe. The TV signal was once again distributed in 4K, contributing to the high-quality coverage of the event.

Print and online media coverage also broke new grounds with potential reach of over a billion people worldwide over the two-day-long event with more than 3,000 published articles.

Miguel Mateo, Head of TV & Media, EHF Marketing GmbH, said: “The VELUX EHF FINAL4 delivers fantastic action on the court and is a demonstration of how amazing our sport can be. Our challenge is to deliver this spectacle to the fans all around the world through our TV production and digital platforms. The introduction of player tracking in the TV production and in the official app has been a new and very important milestone. However, it does not stop here; next year should and will be even better.”

This high number further underlines the fact that projects implemented during the season have been paying dividends and have brought fans closer to the action. The best performing posts on Facebook and Twitter include Vardar’s celebrations after the semi-final and the final match.

Player tracking technology and the SELECT iBall have further helped satisfy the increasing demands from fans for additional match data. Data acquired through player tracking was delivered in real time to TV partners, spectators in the arena and fans around the world through the official VELUX EHF FINAL4 App. This match data was also given to sponsors to create content during the event on their social media and during half-time activations. The app has been downloaded almost 25,000 times since its launch, offering the users a chance to win exciting prizes and enjoy more in-depth insights for the games.

David Szlezak, Managing Director, EHF Marketing GmbH, said: “We are very happy with the exceptional media coverage of the VELUX EHF FINAL4 2019. We have worked hard during the season to push digital content, complementing the TV extensive worldwide coverage. The success of this highlight event has shown us that we are moving in the right direction.”

The EHF club competitions have proved their growth throughout the whole season. The pinnacle events VELUX EHF FINAL4 in Cologne, DELO WOMEN’S EHF FINAL4 in Budapest and the AKQUINET EHF Cup Finals in Kiel were the zenith of the 2018/19 season and they all broke previous media coverage records.