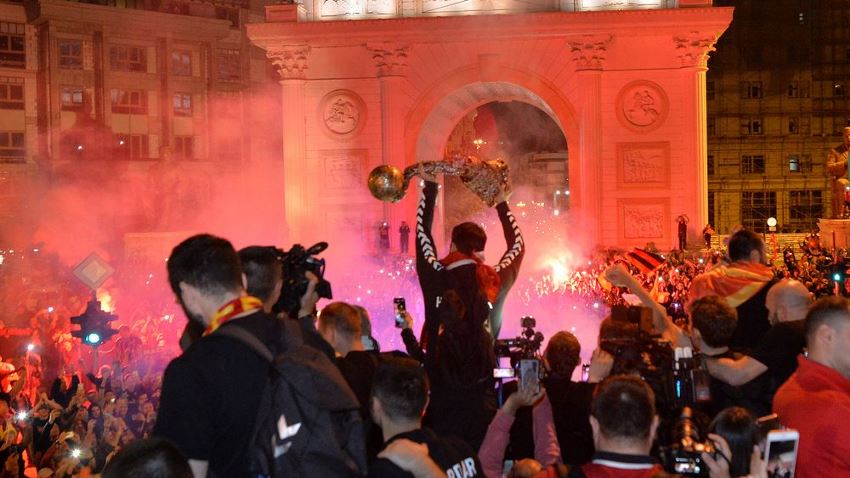 On Monday, handball was the main topic in every single conversation in Skopje as tens of thousands of fans gathered on the streets to welcome home their champions.

After leaving the bus, the squad went on stage and once more felt the unique atmosphere created by their army of dedicated handball fans, who came out in force to celebrate their second VELUX EHF FINAL4 triumph in three seasons.

“I do not want sad stories tonight. Our goal was to reach the FINAL4 and enjoy the journey. We promised that we will try to bring you the same joy as 2017 and we made it. Thanks for the wonderful seven and a half years and I am very sorry that I am leaving the club, but maybe our paths will cross again in the future,” said Igor Karacic, the MVP of the VELUX EHF FINAL4.

This remarkable story began with the departure of a number of players last summer, followed by injuries and off-court issues, but none of the above managed to prevent the Skopje-based club from claiming a heroic victory and their second VELUX EHF Champions League trophy.

Trailing Barça Lassa by seven goals halfway through their semi-final, almost all Vardar fans lost hope, a severe contrast to the handball hysteria which was felt across the country as soon as the final buzzer sounded against Veszprém.

While those in Cologne celebrated the new VELUX EHF Champions League winners, in their homeland, Vardar fans with tears of joy could be seen in every coffee shop, restaurant and main square.

HC Vardar players played for the love of the sport and their club and in return received the best possible support from the nation where handball holds the top position.

Scenes repeated from 2017 as many fans arrived at Skopje airport to be among the first to feel the joy of Vardar’s triumphant return. 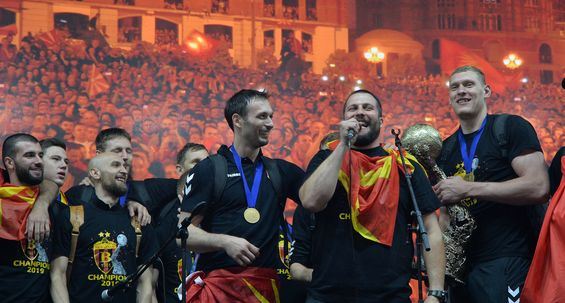 With a special open-top bus, Vardar began their route to Skopje’s main square, greeted by fans along every road.

Glorious scenes followed when the bus drove through the triumphal arch and into the city centre as Skopje’s main square was too small to fit everyone who wanted to be part of the “red-black” fairytale.

Thousands chanted “Vardar champions” as social media was flooded with videos and pictures, with everyone wanting to be part of this story.

The celebration finished after midnight as both players and fans celebrated the gold medal story and a remarkable achievement, with promises that Vardar’s name will always belong among Europe’s elite.

The new title holders demonstrated team spirit, character and persistence throughout the entire season and with another miracle in the bag and the team standing in front of the adoring crowd in Skopje, so ends this Hollywood story.