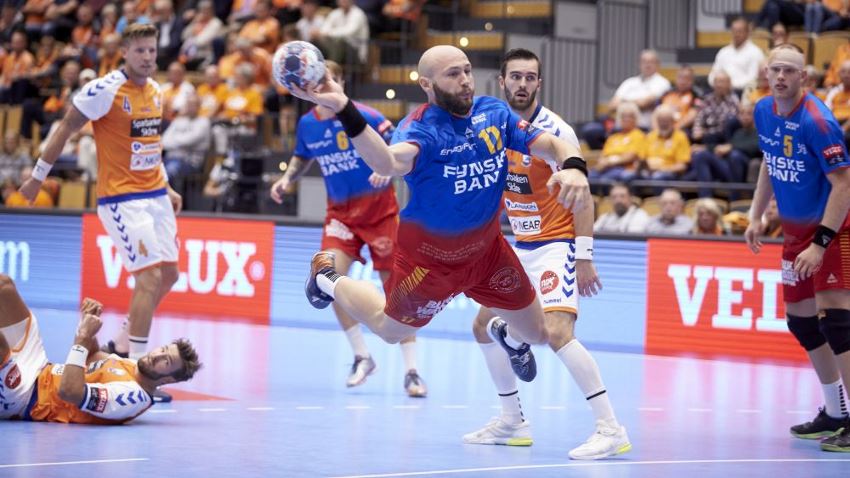 GOG celebrated their comeback to the VELUX EHF Champions League in style, as the Danish team won the Scandinavian derby 33:24 against IFK Kristianstad.

The match was carried out at high speed, and the Danish visitors were the superior team in this aspect of the game.

After 10 years of absence from the VELUX EHF Champions League, GOG left no doubt upon their return to the competition and clearly defeated IFK Kristianstad in Sunday’s Scandinavian derby in group D.

Apart from at the start of the match in the Kristianstad Arena, GOG were the dominant team.

However, the visitors soon got a grip on the match. After 16 minutes and 11 seconds, Emil Jakobsen equalised from a penalty shot (10:10), and the rest of the half was dominated by the visitors.

After 18 minutes and 22 seconds, Emil Laerke gave GOG their first lead at 12:11, before the Danish team took a three-goal lead with them to half time.

The Danish dominance continued after the break. GOG´s higher speed and deeper squad, as well as an improving 45-year-old Soren Haagen in the Danish goal, allowed GOG to increase their lead continuously for the rest of the match.

Ultimately, the Danish side claimed a convincing nine-goal win away in Sweden to open the group phase with a dream start.

“We knew Kristanstad were in a phase where they (are) building up a new way to play, and we took advantage of it,” commented Nikolej Krickau, GOG head coach, after his side's performance.