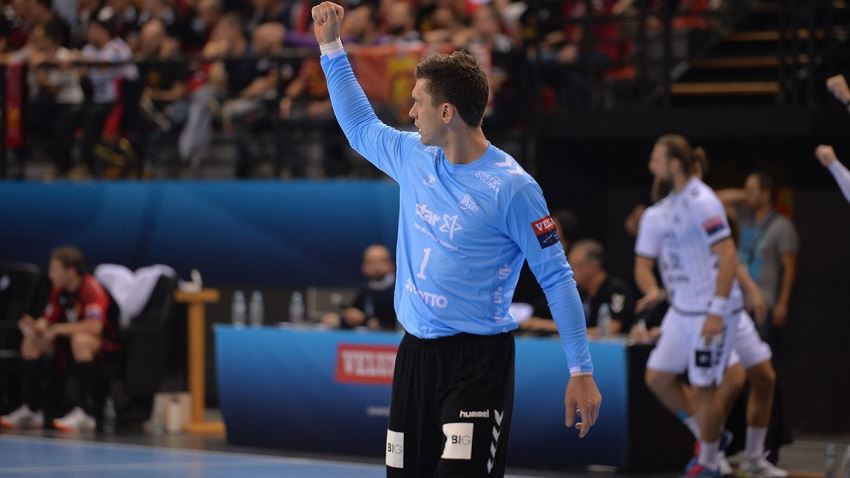 Flawless records have been wiped, teams have improved, other have regressed, while Barça hit another impressive milestone in the VELUX EHF Champions League.

We look at everything that happened in round 4 of the European top club competition and draw conclusions after another impressive week.

A defensive masterpiece from Flensburg

When attacks take their big share and impress, awesome defensive performances tend to be overlooked and teams quietly slip under the radar. This is also happening with Flensburg, as the German champions are discreetly putting a show and limiting opponents in their quest to secure the first place in group A. It is true, the four opponents they met until now only combined for zero wins in the first four rounds, but the German powerhouse only conceded 84 goals over their first four matches, an average of 21 goals per game. Their goalkeepers, Torbjorn Bergerud and Benjamin Buric did a fantastic job in these games, but their defence also worked wonders, keeping opponents at bay. They also do it in the German Bundesliga, where the average of conceded goals per game sits at 23.75. Games against free-flowing attacks that will follow in the next rounds – like Barça or Aalborg – will surely test Flensburg, but it definitely looks like Maik Machulla’s side has what it takes to stop any side for lighting up the scoreboard.

Five unbeaten teams, only two with a flawless record

Sävehof are currently enjoying their best ever run in the VELUX EHF Champions League, after the 28:23 win against Tatran Presov last weekend. The Swedish side are on a four-game winning streak, one game better than the previous one, from the 2004/05 season. PSG are the only side who matched Sävehof’s run, as there are only two teams in the competition with a 100 per cent record after four rounds. There are still other four unbeaten teams – Kiel, Flensburg, Bidasoa Irun and Dinamo – all of whom enjoyed three wins and one draw. But after just four rounds, obviously neither of them is already qualified. 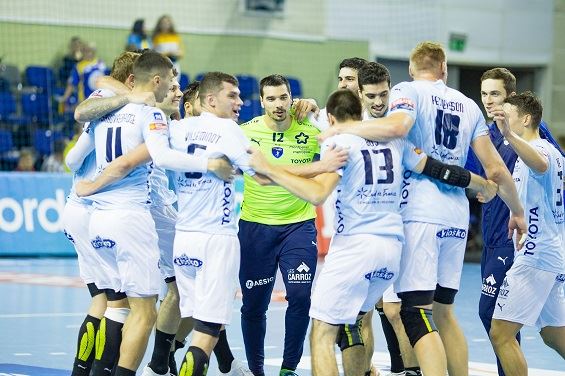 Montpellier back to their best

The champions’ hangover is documented, as no team managed to defend the title since the VELUX EHF FINAL4 has been introduced in the 2009/10 season. It also happened to Montpellier last season, when the French side went from hero to zero and failed to progress to the Last 16, becoming the first title holders with such an early exit in the competition. Injuries, some baffling decisions from the coaching staff and a lack of ambition all contributed to their elimination. But this season, things are back on track and Montpellier look like a strong, cohesive side again. Despite missing three key players – Diego Simonet, Melvyn Richardson and Jonas Truchanovicius – due to injuries, the French side went to Kielce and led from start to finish, taking an impressive 29:27 win. It was their third on the trot, as they currently sit second in the group, in front of the title holders, Vardar, Kielce and Veszprém, all of which played last season in the VELUX EHF FINAL4. Some comeback, right?

It became a thing for Vardar – a massive exodus in the summer of 2018 followed by some gritty displays and a superb ending for the season. The Macedonian side always found a way to shock their opponents, but losing players like Igor Karacic, Dejan Milosavljev or Luka Cindric, all stars in the path to winning the title, is difficult to overcome. While the cracks might have been hidden in the first three games, Vardar’s fragility unfolded against Kiel, when they only scored four goals in the first half on the way to a 31:20 defeat. Sure, it was bad luck at times, other shots were superbly saved by Niklas Landin, but the bottom line is that Vardar’s armour has been cracked. Last time when Vardar scored only four goals in a half, 12 seasons ago, the Macedonian side had little ambition. Things have changed and such displays are hard to watch by their fans, despite Vardar ‘winning’ the second half 16:15 against Kiel.

A comeback for the ages from Kiel

There is nothing that can stop Kiel put on superb games, despite having a coach, Filip Jicha, in his rookie season in the VELUX EHF Champions League. The German side is constantly engineering new ways to win, as they did in round 2 against Veszprém, when they put on an offensive masterpiece to take a 37:31 win, or when they piled on the pressure in defence last Saturday, in their 31:20 win against Vardar. The title holders scored only four goals in the first half, as Kiel’s defence frustrated them constantly, missing easy shots or one-on-one shots in front of excellent goalkeeper Niklas Landin. Currently, Kiel have the second-best attack in the competition – 129 goals – with no player scoring more than 18 goals, while their defence is ranked ninth over the number of conceded goals – 104.

In a handball world where backs are the most sought commodity, there is still solace for other players who can draw inspiration and improve their teams. For example, there have been three superb outings from line players in round 4, whose contributions helped their sides take impressive wins. Hungarian line player Bence Banhidi was named the Player of the Match after Szeged handed Aalborg their first defeat of the season in Sunday’s Match if the Week. Banhidi scored 11 goals from 13 shots in the Szeged’s 35:28 win. Swedish pivot Andreas Nilsson scored eight goals from eight shots, leading Veszprém to a 38:28 win against Porto, while Hendrik Pekeler was superb in key moments for Kiel, when the German side built the unassailable advantage against Vardar in their 31:20 win.

Another milestone for Barça

The record eight-time VELUX EHF Champions League winners also were the first side to hit 300 games in the European premium competition last week, when they hosted Elverum, easily disposing of the Norwegian champions, 33:24. The Spanish side has the biggest number of matches played in the competition, by far the biggest number of wins - 223, which is 33 more than second-placed Veszprém - and also scored 9269 goals, or an average of 30.8 goals per game. Moreover, from all sides that have taken part in the competition and played at least 10 games, Barça have the second best winning percentage, 74.3%, only trailing another Spanish team, a defunct powerhouse, Atletico Madrid, who won 111 from their 144 games played in the Champions League.