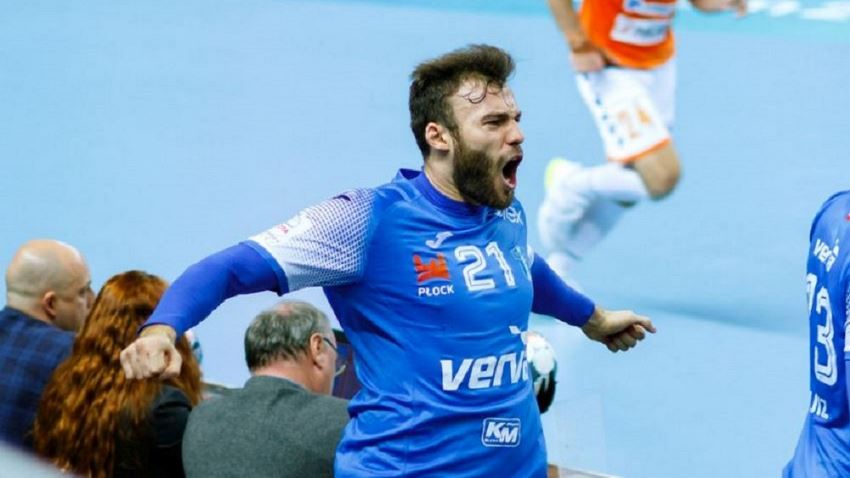 Plock join the top with clear win against Kristianstad

After dominating virtually all the match, Orlen Wisla Plock got in touch with the top of Group D in the VELUX EHF Champions League Sunday.

The Polish win was never really in danger, and 12 goals from Kristianstad´s Icelandic back Olafur Gudmundsson could not threaten the home team either.

Orlen Wisla Plock got in touch with the top of the group, while IFK Kristianstad remain the only team without a point after the two teams met Sunday afternoon.

Plock were in control more or less all the way, and after a relatively equal start, where Plocj were leading by one or two goals, the home team really started to create some difference from the middle of the first half.

By way of a four-goal lead, the hosts went on to take a seven-goal lead with them to the break, and from the start of the second half, they carried, where they left off before going to the dressing room.

A goal to treasure for @SPRWisla as some superb creative team play is finished off by Ziga Mlakar. #veluxehfcl #ehfcl pic.twitter.com/SOWeIkRWbc

Plock were leading by nine goals, 30:21, when their lead was at its highest, and although Kristianstad managed to reduce the gap to six goals a couple of times, there was no doubt about the Polish win.

Kristianstad head-coach Ljubomir Vranjes accepted that his team were well beaten, by saying "Wisla was the better team. They had many heavy players and it was their advantage."