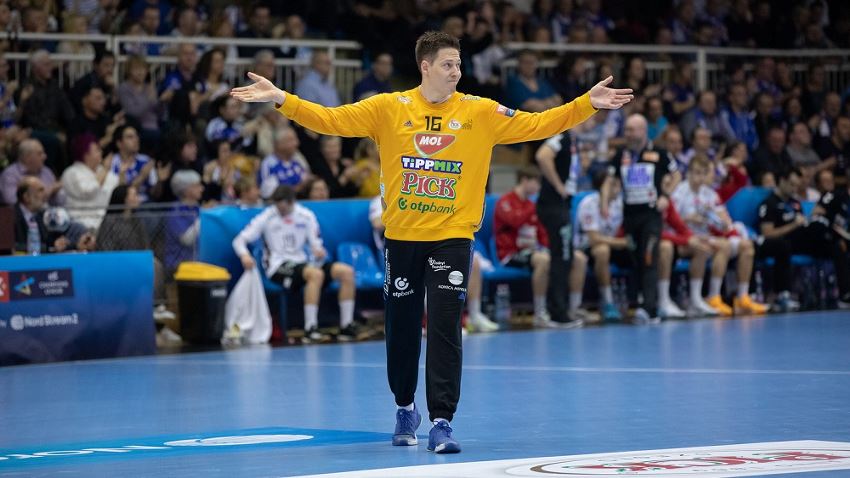 The VELUX EHF Champions League is finally back after two months and there was another action-packed round, with the standings shaping up, as there are only three rounds left for the 16 teams in groups A and B.

Only two home wins in the first round of 2020

Protecting the home court is key in a successful campaign in the VELUX EHF Champions League, but the first round of 2020 has been an atypical one. From eight games, only two sides snatched home wins, THW Kiel and Montpellier in group B, while heavy favourites MOL-Pick Szeged only salvaged a draw in the dying seconds against Aalborg.

In the Match of the Week, the French side were close to dropping points at home once again against Kielce, yet Mohammed Soussi’s bullet found the target with only two seconds to go, to boost Montpellier’s chances for a Top 3 finish.

There have been five away wins, with Barça, PSG Handball, Flensburg-Handewitt, Meshkov Brest and Telekom Veszprém sweeping two points from their opponents. The clearest win was Veszprém’s 31:24 drubbing of Porto, while Barça and PSG had to shake off rust after two months to claim crucial wins in their quest of winning the top place in group A.

Vardar have thrived in the underdog role in the past seasons, yet they look to be in a hole that they cannot get out of this time. With an exodus of players last summer and other two important players - Dainis Kristopans and Daniil Shishkarev - confirmed to be leaving in four months’ time, the title holders look shakier than ever.

They had already changed two coaches, as legendary Macedonian former player Stevce Alushevski took over in January, yet the team still looks out of sorts. The 34:23 loss against Kiel highlighted their lows, especially on defence, as Vardar have the second highest number of goals conceded, 355, only four less than Motor Zaporozhye.

The Macedonian side are on a five-game winless run, four losses and a draw, as it looks likelier that they will fail to clinch a place higher than fourth in this group. Having two home games in the last three rounds helps, but Vardar will have to earn at least a point in their trip to Porto in two weeks’ time.

How are the battles for the first place shaping up

There are only three rounds still left to play in the group phase, yet the battle is still on for the top place in both groups. After recording their 10th win in a row, Barça, who are on 20 points, now opened a two-point gap ahead of PSG Handball and MOL-Pick Szeged at top of group A, also holding the home decider against MOL-Pick Szeged in the last round.

Moving on to group B, Kiel and Veszprém are the teams to battle it out for the quarter-final berth, as the German side has a two-point advantage over the Hungarian powerhouse, before their mutual game in the Sparkassen Arena on Wednesday. Kiel won the first game between the two sides, 37:31, as they are clear favourites, but they also look to have a more difficult schedule than their counterparts – with trips to Brest and Kielce to complete the group phase. With a draw on Wednesday, Kiel can secure one of the top two places, irrespective of what Montpellier do on Saturday against Brest.

There are only three rounds left in the group phase of the VELUX EHF Champions League, therefore this is the perfect time for a maths lesson. For the moment, eight teams are sure of proceeding into the next phase of the competition, four from each group.

Kiel, Veszprém, Montpellier and Kielce secured their safe passage to the knockout phase of the competition in group B, while Barça, MOL-Pick Szeged, PSG Handball and Aalborg did enough in group A to proceed after 11 rounds.

There are still four spots left, but some teams are overwhelming favourites to earn a Last 16 berth. Flensburg have a six-point advantage over Elverum and need only one point to advance, while FC Porto Sofarma are four points ahead of Meshkov Brest in Group B. The battle for the sixth place in Group A will be between Celje (six points), Elverum and Zagreb (three points each), while in Group B, Vardar (nine points) hold a three-point lead over Brest.

Barça on their way to greatness

With the 30:26 win against Elverum, Barça have clinched their 10th win in a row, after losing in the first round against MOL-Pick Szeged. It was not a walk in the park for the Spanish powerhouse, but after a rusty start, their attack has been on high alert and scored 22 goals in the last 38 minutes of the game.

The Spanish side are now only two wins of matching their best ever winning streak in the VELUX EHF Champions League, a 12-game winning run that stretched from April 2011 to February 2012. Their next opponents are PPD Zagreb and Celje, while their group phase is ending with a clash against Szeged.

Before 2020, Flensburg were on a record six-game losing streak, as the German champions could not find their stride. Back after the EHF EURO 2020 break, Flensburg snapped that winless run with a 26:25 win against HC PPD Zagreb, claiming their first victory since October 2019.

It was not pretty, it took grit and strength to get those two points, but their confidence should be on the up, especially as they also won four games on the trot in the Bundesliga to cut Kiel’s advantage to two points in the standings.

Norwegian pair Magnus Joendal and Goeran Johannessen scored five goals apiece in the win, as they carried their form from the national team, while goalkeeper Torbjorn Bergerud has been also nothing short of superb in crucial moments. Flensburg can also think about the fourth place in the group, but they need to sweep their last three games, as Aalborg hold the tiebreaker in case of a draw. 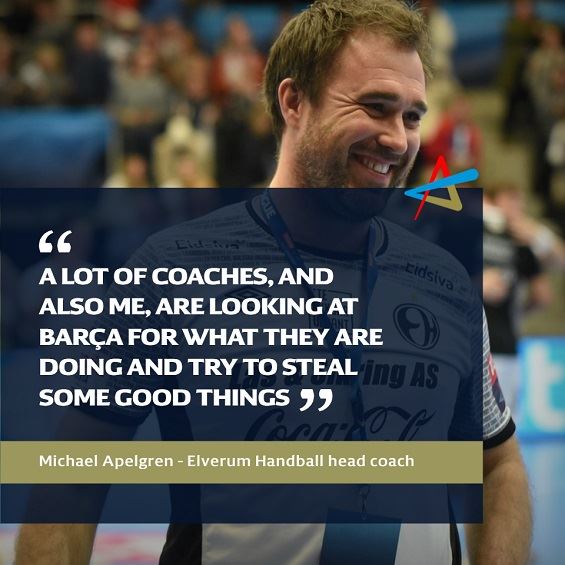 Best quotes of the week

5. Filip Jicha, THW Kiel coach
“We are in the beginning of the decisive half of the season. We have to stay focused.”
For THW Kiel, current leaders of group B, every game will be important in order to finish first. But for them, the equation is pretty simple. If the German side wins its last three games, it will book its direct ticket to the quarter-final.

4. Stefan Madsen, Aalborg coach
“We played one of our best games in this season. We had a lot of opportunities to win the match, but unfortunately we could not use it. One part of us is disappointed because we go home only with a point, the other half is satisfied because you cannot get a point easily in Szeged.”
Aalborg had an impressive start of the season in the Champions League, before slowing down a little bit. But what the Danish team showed on Saturday in Szeged was the perfect illustration of why it remains one of the main outsiders in the competition. Aalborg were just the second team to take a point in Szeged this season.

3. Patrice Canayer, Montpellier coach
“I’m satisfied to have won this match. Games against Talant’s teams are always a tactical battle as well as a hard physical contest.”
Match of the Week between Montpellier and Kielce was decided in the last seconds, thanks to a last-second goal by Mohamed Soussi. But before that, the fans witnessed an all-out tactical battle between two of the most experienced coaches of the continent : Patrice Canayer and Talant Dujshebaev.

2. Juan Carlos Pastor, MOL-Pick Szeged head coach
“It’s also a positive thing that at the end of the match, in the last 15 seconds, we could score two goals and reach a draw. I did not think that we could do it.”
Against Aalborg, Szeged were in serious danger of suffering a first defeat on home court this season. The Hungarian side trailed by two goals with less than 60 seconds to play but levelled with 10 seconds left.

1. Michael Apelgren, Elverum head coach
“A lot of coaches, and also me, are looking at Barça for what they are doing and try to steal some good things. For me Barcelona is the best team in the world. For us to have a small chance against them makes me proud.”
The VELUX EHF Champions League sometimes gives you the opportunity to play against your heroes, and this is how it felt for Michael Apelgren on Saturday. His Elverum gave Barça a hard time and came away with a four-goal defeat (30:26).

Did you miss PSG’s creative team? If so, we have the right thing for you. Just watch this.

Did you ever think how much does a player work in the gym before a game? Telekom Veszprém shared a sneak peek into their training routine before the win against FC Porto Sofarma this week.