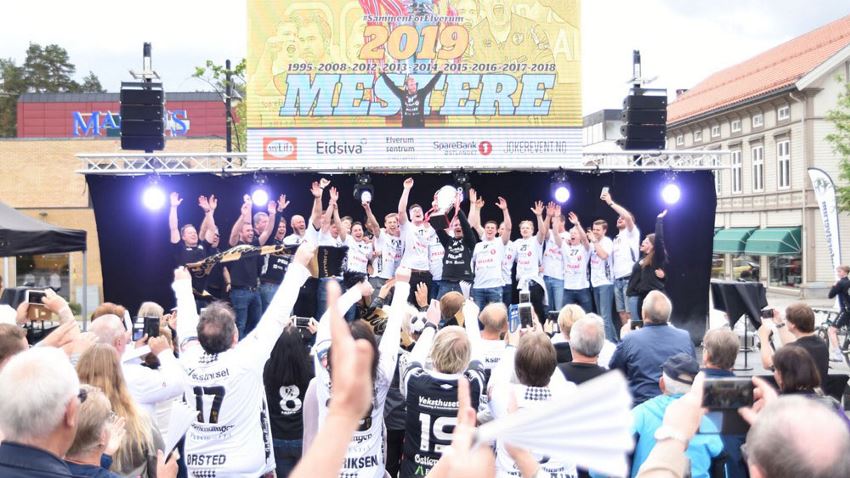 Arendal dreaming of the Champions League despite Elverum success

Winning the Norwegian league and becoming league champions (Seriemester) has always had a high status in Norway, but still, it has been the winner of the following play-offs who represents the country in the VELUX EHF Champions League.

Yet OIF Arendal are dreaming of a debut in the Champions League after winning the league this season, even though they lost the play-off final to Elverum Håndball.

After winning the play-off for the eighth time in a row and for the tenth time in total, Eleverum will be representing Norway in the Champions League next season, but Arendal have not given up the hope of joining them.

“We believe to be able to solve the organisational challenges in connection with taking part in the Champions League, so we have decided to apply,” OIF chairman Erik Smedsrud told the club’s website.

OIF suggested in a tweet that perhaps the big Spanish goalkeeper could join them – although that hope might be more wishful than anything else. The club's Champions League dreams, however, could yet be realised.