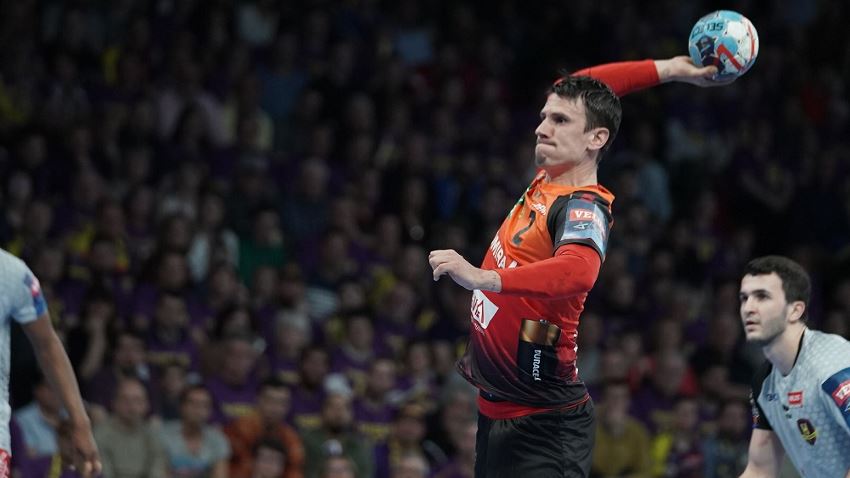 So we are down to eight now.

The VELUX EHF Champions League Last 16 is behind us, and only eight teams remain in the race for that coveted trophy. Next up are the quarter-finals to decide who will get the chance to aim for glory at the VELUX EHF FINAL4 in Cologne on 1/2 June.

But for now, let’s reflect one more time on the Last 16. We had to say goodbye to a number of great clubs but we are left with the four best teams each from Groups A and B.

Here are five talking points after the Last 16:

The Lions from Mannheim were eliminated by HBC Nantes, despite winning the first leg 34:32. The French side turned things around in the return leg (30:27) to win 62:61 on aggregate. It was Nantes’ first ever victory over Löwen, after playing each other three times in the last two seasons. They had draws in each of their first two meetings.

Rhein-Neckar Löwen have now been eliminated in the Last 16 for five consecutive seasons, while Nantes are looking forward to taking on Barça Lassa in the quarter-final.

HC Meshkov Brest are out after another loss against SG Flensburg-Handewitt (30:20) in the decicove leg, with the German side winning 60:48 on aggregate. It was the eighth Last 16 match for Meshkov Brest – but the Belarusian side are yet to win a game in this stage after seven defeats and one draw.

Meanwhile, Flensburg are in the quarter-finals for the 12th time in the club’s history, and they are up against Telekom Veszprém HC.

What a game that our boys delivered tonight in the 2nd leg of Round of 16 vs. @bgkmeshkova! Well-deserved! Already looking forward to more magical @ehfcl nights! #SGPower💙❤️#MoinMoinEurope pic.twitter.com/TMHACbNTaU

History has come to an end

Sporting CP aimed to write yet a new chapter in Portuguese handball history by becoming the first club from the country to reach the quarter-finals. However, they were stopped by Telekom Veszprém HC, which won both legs for an overall 65:57 result. Sporting had already set a milestone by advancing to the Last 16.

Veszprém are back among the quarter-finalists, after they lost in the Last 16 against unheralded Skjern Handbold a year ago.

The best scorers of the VELUX EHF Champions League season so far have been eliminated. Andre Schmid from Rhein-Neckar Löwen led the ranking but will not be able to add to his tally of 91 goals. Shared second on the list, Barys Pukhouski from HC Motor Zaporozhye (out in the Last 16 against PGE Vive Kielce) and Melvyn Richardson from Montpellier HB (out in  the group phase), will remain on 87 goals for the season.

It leaves Kielce’s Alex Dujshebaev as the leading goal getter still in the competition, with 81 goals so far. He is 11 ahead of his closest challenger, HBC Nantes’ Kiril Lazarov, who has 70.

Exactly as it should be

The last remaining teams in the VELUX EHF Champions League this season are the top eight sides from Groups A and B. It’s for the first time since the implementation of the current group format in the 2015/16 season that the four best teams from Groups A/B reach the quarter-finals.

“Exactly as it should be,” ehfTV commentator Tom Ó Brannagáin says on Twitter.

Last 8 of @ehfcl is the top 8 from the two groups.

Exactly as it should be.

Put in the hard work in the group stage. Get your just desserts.

After they skipped the Last 16 stage, group winners Barça Lassa and Paris Saint-Germain Handball return to the competition for the quarter-finals. The line-up is as follows: