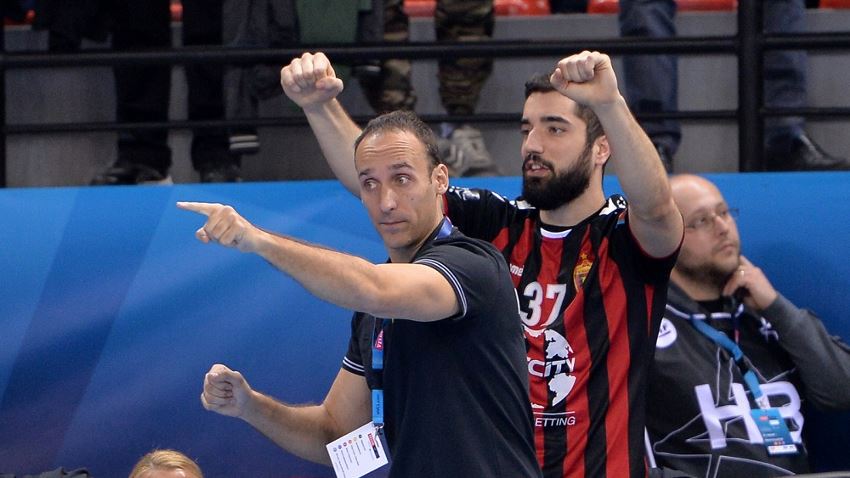 Six nations and four former winners are part of the quarter-finals of the VELUX EHF Champions League, while only one team (Nantes) turned a first-leg defeat into a ticket to the next round in the Last 16.

Eight times 60 minutes are coming up before the four VELUX EHF FINAL4 participants will be confirmed.

After the completion of the Last 16 on Sunday night, here are the most important Facts and Figures.

0 quarter-final debutants are among the eight teams, compared to two last season.

1 team that lost the first leg of the Last 16 (Nantes, against Rhein-Neckar Löwen), made it to the quarter-finals. Last year, it was not a single team.

1 quarter-final pairing is the same as last season: Kielce vs PSG, which was also one of the semi-finals in 2016.

1 of last year’s four VELUX EHF FINAL4 2018 participants is already out: Montpellier. Nantes, Paris and Vardar still have the chance to return to LANXESS arena.

1 goal on aggregate was the smallest winning margin in the Last16 duels: Nantes defeated Löwen 62:61.

1 player has won the trophy two years in succession in the current format since 2009/10 - and is still in competition: Ivan Cupic. After winning the 2016 title with Kielce, the Croat won with Vardar the following year.

1 participant of previous VELUX EHF FINAL4 tournaments has been eliminated in the Last 16: Rhein-Neckar Löwen. Last year Veszprém, Barça and Löwen failed in the Last 16.

2 French teams – after three VELUX EHF FINAL4 participants in 2018 – are among the eight-quarter-finalists: PSG and Nantes.

2 teams – Barça Lassa from Group A and Paris Saint-Germain from Group B – qualified directly for the quarter-finals.

2 Hungarian teams are part of the quarter-finals compared to zero one year ago.

2 – which means all – Group C/D play-off winners were eliminated in the Last 16: Plock and Sporting CP. One year ago, both Skjern and Montpellier made it to the quarter-finals.

4 teams – Veszprém, Vardar, Szeged and Flensburg - won both legs of their Last16 tie.

4 times in a row, Brest qualified for the Last 16 but missed the quarter-finals.

4 times 70 or more goals were scored in a single match since the start of the group phase, but none in the Last 16.

5 times in a row, Rhein-Neckar Löwen have been eliminated in the Last 16 (by Szeged, Zagreb, Kiel, Kielce and now Nantes).

5 of 8 last season’s quarter-finalists have made it to the quarter-finals again: Nantes, Vardar, PSG, Kielce and Flensburg. Montpellier and Skjern missed to qualify from the group phase, Kiel didn’t qualify for the EHF Champions League.

7 of 8 teams still involved in the competition have been part of at least one VELUX EHF FINAL4 (inaugurated in 2010): Barça (six participations, two trophies), Veszprém (four, zero), Kielce (three, one), PSG (three, zero), Vardar (two, one), Flensburg (one, one), Nantes (one, zero).

6 different nations are represented by the eight quarter-finalists – France, Hungary (two each), Spain, Germany, North Macedonia and Poland (one each).

7 of 12 Last 16 matches were won by the home team, including all matches of the second leg.

9 of 9 times the LANXESS arena has been sold out for the VELUX EHF FINAL4. The contract with the arena to host the event runs until 2020.

12 matches still have to be played until the VELUX EHF Champions League winner of the 26th season is confirmed on 2 June in Cologne: eight quarter-finals, two semi-finals, the 3/4 placement match and the final.

19 times have Barça been part of the EHF Champions League Quarter-final, for Veszprém it is the 17th time, for Flensburg the 13th.

19 goals were the biggest winning margin in the 188 matches so far, when Barça won 44:25 at Kristianstad in the group phase.

34.7 goals were scored in average by Barça so far.

36 straight unbeaten EHF Champions League home matches is the record held by Paris Saint-Germain since a 27:25 defeat against Kiel in November 2014.

44 was the highest number of goals scored by a team in a single match, when Barça won 44:25 at Kristianstad.

78 was the highest amount of goals in a single match so far this season: Kielce vs Barça 36:42.

91 goals were scored by Andy Schmid (Rhein-Neckar Löwen) so far. The best scorer, still in competition, is fifth-ranked Alex Dujshebaev (81 goals for Kielce).

105 matches since the start of the group phase were won by the home teams.

7,836 fans were the highest attendance at a Last 16 match, when Zagreb hosted Vardar.

10,708 goals have been scored since the start of the season, including 10,038 in the group phase and play-offs. Last year at the same time, but including four more matches, it was 10,818 goals. 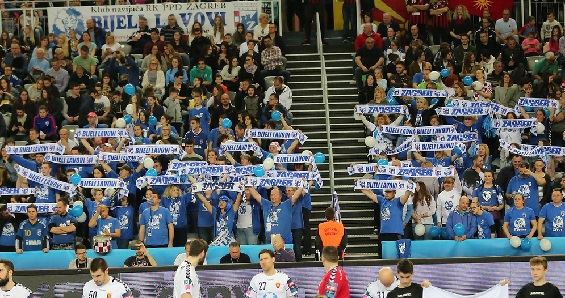