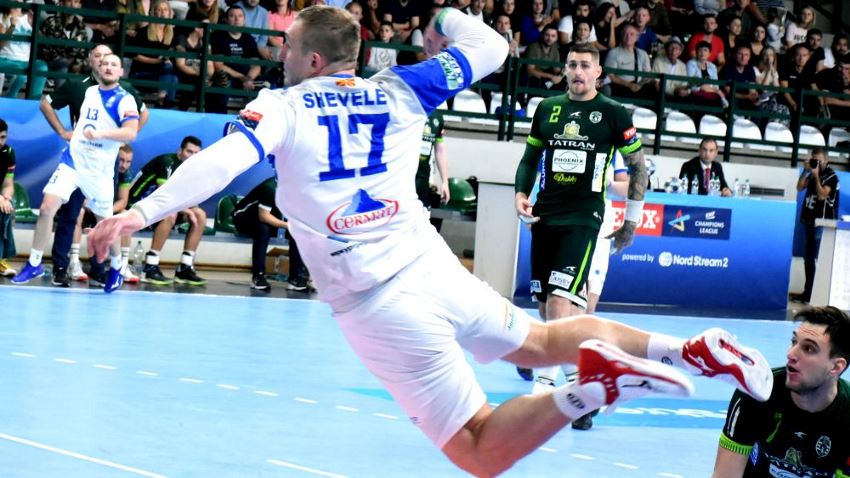 With a 31:30 win at home against Cocks, HC Eurofarm Rabotnik earned their first win ever in the VELUX EHF Champions League.
The North Macedonian team were leading by five goals early in the second half, but Cocks came back, before the home team managed to seal the win at the end.
GROUP C
HC Eurofarm Rabotnik (MKD) vs Cocks (FIN) 31:30 (17:13)
A save by goalkeeper Nikola Mitrevski in the last seconds secured Eurofarm Rabotnik their first win ever in the VELUX EHF Champions League.
The home team were leading by five goals at one point in the match, but had to fight hard for the win in the end.
Aside from a 2:1 lead early on in the game for Cocks, Eurofarm Rabotnik had the upper hand from the start and dominated the match.
With five straight goals, the home team went four goals up, leading 6:2, and for the majority of the first half, the Macedonian hosts were leading by three or four goals.
Eurofarm Rabotnik started the second half by taking a five goals lead, going ahead 18:13, but Cocks managed to come back and with a quarter of an hour left, they managed to take the lead 24:23. 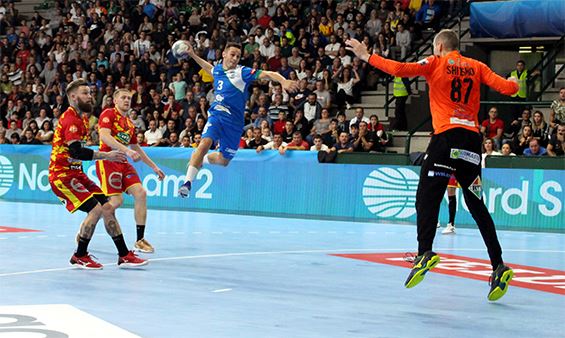 The hosts got the lead back, but never by more than one goal and in the dying seconds Cocks got a shot off and Eurofarm Rabotnik can thank Mitrevski for the two points, as he pulled off a great save to deny the visitors a draw.
After the game Eurofarm Rabotnik head coach, Stevce Aluzhovski, was complimentary of his team "We prepare this kind of match, play great first half, but our destiny this season is to play this dramatics finish." and was optimistic about the remainder of the campaign "I am sure that this win is not the last this season in Europe."
Cocks captain, Teemu Tamminen, thought his side gave two different performances in the first and second half saying "I am not happy with our performance in the first half, but we reacted and played great in the second half. One detail was decisive for the home win at the end".
Author: Peter Bruun / JS
Tweet