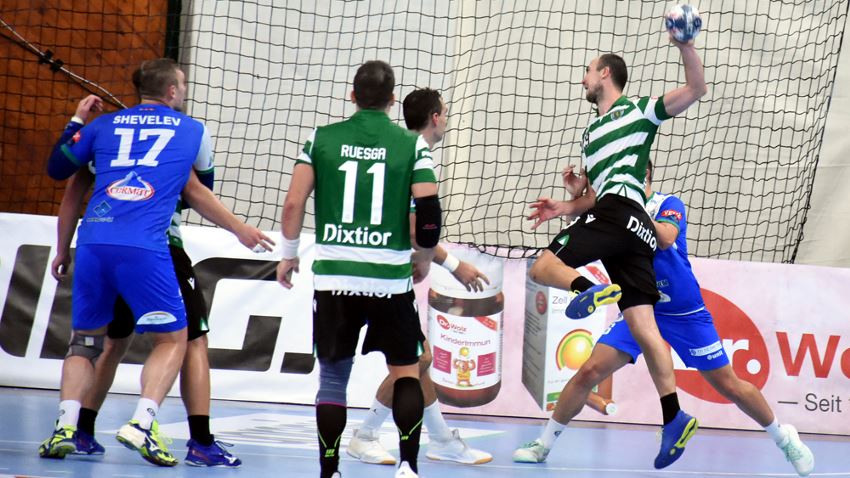 The hosts looked on course for a perfect start to their first campaign in Europe’s top flight, but lost their half-time lead.

After a slow start to the game, Neven Stjepanovic made history for the hosts from North Macedonia with their first goal at this level before Arnaud Bingo replied with two goals for Sporting.

The first half saw the two teams exchange leads throughout, going on runs of two or three goals, neither really grabbing the game by the scruff of the neck.

Rabotnik looked the stronger towards the end of the half, however, and were rewarded with a one-goal lead at the break.

Sporting and Valentin Ghionea, in particular, came flying out of the blocks in the second half, with Ghionea’s two quickfire goals grabbing his side the lead.

The Portuguese side never looked back from there and a 3:0 run midway through the half gave them a 24:21 lead.

The goals continued to fly in from both sides and although Rabotnik closed in on their guests, Sporting’s greater experience throughout the court proved to be the difference as they held out for a 30:29 win.

Anti said he was proud of his team's performance.

"I never played here in Bitola and everybody tells me how difficult is to win here," he said. "I think that the key was to play great defence in the second half."