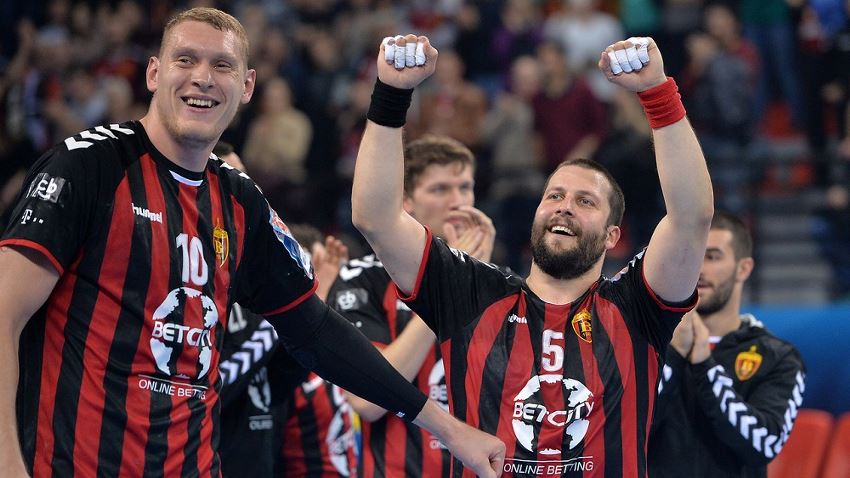 It was their third duel within 11 days, and for the third time HC Vardar defeated HC PPD Zagreb. After their two victories in the VELUX EHF Champions League Last 16 (27:18 and 32:30), Vardar won again in the final of the SEHA-Gazprom League 2018/19 in Brest on Wednesday night.

Vardar had more problems this time but still came out on top, 26:23 (14:12). Seven goals from Dainis Kristopans, who was named MVP of the four-team finals tournament, gave Vardar the edge against Zagreb in another repeat of their SEHA League Finals from 2013, when Zagreb won their only title so far, and last year, when Vardar lifted the trophy.

“We were lucky in the end”

“To be honest, we were lucky in the end, as Zagreb had a great comeback,” said Vardar team captain Stojanche Stoilov, who was awarded best line player of the finals tournament, mainly thanks to scoring seven goals from seven attempts in the semi-final against hosts Meshkov Brest (25:23).

Seven minutes before the end of the final, Vardar seemed the obvious winners with a 24:19 lead. But Zagreb hit back with a 4:0 run to reduce the gap to 24:23. However, a late double strike from Stoilov and Stas Skube decided the match.

Three times in a row

“Despite the clear deficit we never surrendered but fought until the end. But Vardar deserved to win,” Zagreb coach Branko Tamse said.

Vardar are now the first team to win the SEHA League trophy three times in a row, after also triumphing in Brest in 2017 and in Skopje in 2018. Overall it was fifth SEHA League title for Vardar, the winners of the VELUX EHF Champions League 2016/17.

Dissinger out with shoulder injury

However, there was also bitter news for Vardar as new arrival Christian Dissinger left the court injured. After a foul by Zagreb's Gregor Potocnik, the German left back fell on his arm and dislocated his shoulder. After a long treatment on the court, he was brought to a hospital.

“Fortunately nothing is broken, but maybe a ligament is torn,” said Dissinger, who will be out for at least four or five weeks and will miss Vardar's VELUX EHF Champions League Quarter-final against MOL-Pick Szeged.

“We dedicate this trophy to Dissinger,” Stoilov said.

On Tuesday, Zagreb enjoyed an easy-going semi-final victory (28:23) against finals tournament debutants and EHF Cup participants RK Nexe, while Vardar had to fight hard to leave hosts Brest behind (25:23). Brest won bronze with a 24:19 win over Nexe.

Prior to the final, SEHA League President Mihajlo Mihailovski announced that the playing system of the South East European regional competition will change next season: 12 instead of 10 teams will take part, divided into two groups of six.