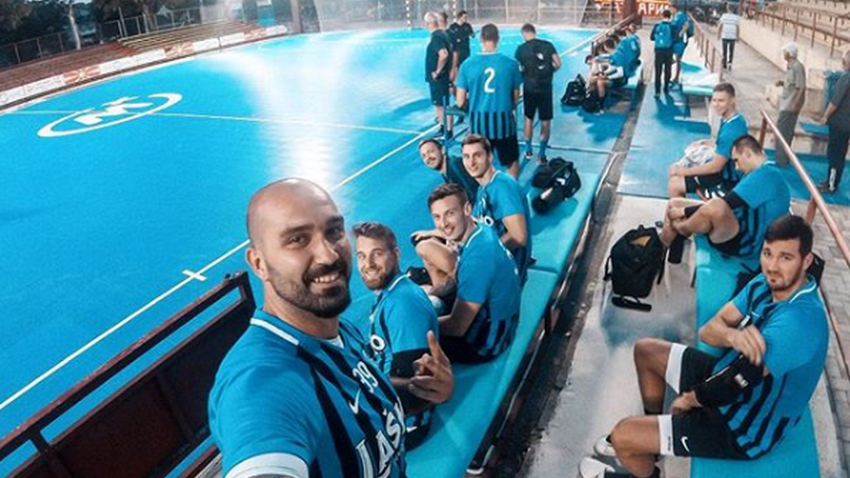 We are halfway through August and most clubs in Europe’s premier club competition are ramping up their preparations, moving from the weights room to the court and travelling to pre-season tournaments near and far.

Montpellier reached the final, but were beaten by EHF Cup winners Füchse Berlin 30:24.

French league rivals Paris Saint-Germain are giving fans a fine insight into pre-season training with regular videos from their work on and off the court.

Take a look at what new coach Raul Gonzalez has been doing with his star-studded collection of players.

Staying in France, Rostov-Don’s new coach Ambros Martin had a chance to exchange ideas with the man he replaced, Frederic Bougeant, in a joint training session with Nantes Atlantique on Tuesday.

The arrangement is a nice sign that Bougeant and Rostov maintain a positive relationship, after he guided the team to their first Women’s EHF FINAL4 appearance in May.

Joint training of Rostov-Don and Nantes has strated! pic.twitter.com/R4IRZ8eI4V

Barca Lassa took on fellow traditional heavyweights Kiel in front of an impressive crowd in Hamburg. The German side won 28:24, showing there is still a bit of work to be done with the Spanish champions before the season begins in earnest.

Casper Mortensen is one of the many new arrivals at Barca and he sat down with fellow Dane Lasse Andersson to speak about what they think of each other as players and teammates as well as showing off their language skills.

Some teams are holding on to the summer vibes in pre-season, particularly those at the Struga Cup. The Macedonian pre-season tournament has an outdoor court and Celje’s Igor Anic is very excited by the prospect.

A women's pre-season tournament with plenty of talent took place over the weekend, the Panthera Cup in France.

Danish Champions League newcomers Odense took part in the competition, which was won by the heavily bolstered Brest Bretagne. Brest made two of the most exciting back court signings of the summer, Bella Gullden and Ana Gros, and Gullden was in good form with 11 goals in three matches.