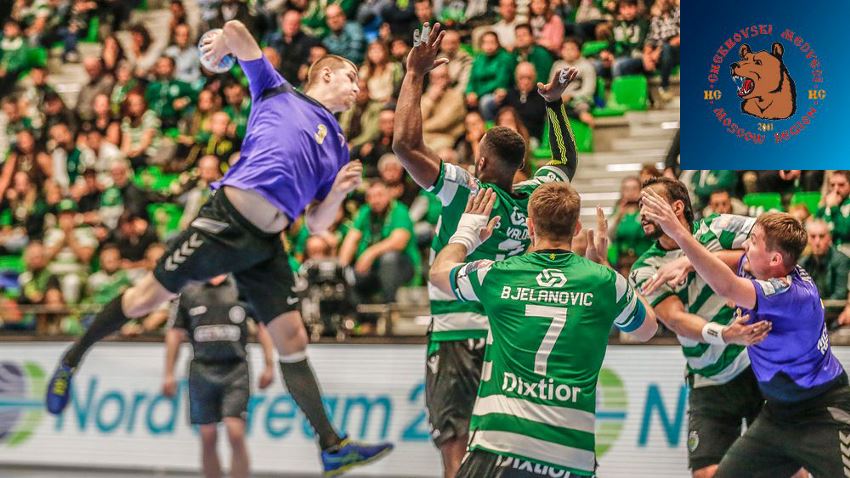 However, the ‘Bears’ will now focus on improving on their recent struggles in Europe, where they failed to progress past the group phase in the last five seasons.

Three questions ahead of the new season:

- Can they finally progress from the group?

In the last five seasons, Chekhov were unable to progress from their VELUX EHF Champions League group. Their results gradually declined until they finished bottom of Group D in the 2017/18 season, there were signs of improvement last season, finishing fourth in Group C and giving hope for this campaign.

- Can Dmitrii Kiselev become a leader in attack?

The Russian international was the captain and a key figure at St. Petersburg, before moving to Vardar in 2018 and winning the VELUX EHF Champions League with the North Macedonian side.

However, he did not get much playing time at Skopje, so the 24-year-old opted to return to his home country, signing a contract with Medvedi.

Kiselev has developed as a player during his year in Vardar, so now the right back has the potential to become a key figure in Medvedi's attack.

- Is roster stability a good thing for the team?

Kiselev is an important addition to the Russian champions, but overall, the squad has remained virtually intact during the last two years. Vladimir Maximov relies on the same players, who have matured and developed good chemistry, yet some more fresh blood could also help them become more competitive.

Under the spotlight: Dmitryi Pavlenko

At 28, the agile goalkeeper is one of the most experienced players at the club. For several years, he was second-choice goalkeeper behind Oleg Grams, but came to the fore two years ago after Grams left the team. Born in Ukraine, Pavlenko started his career at ZTR Zaporozhye, but moved to Chekhov at a young age, went on to become a Russian citizen and a Russia national team player.

Chekhov’s head coach Vladimir Maximov is aware of his all-Russian squad’s limitations, but still believes they are capable of mixing it with the best Group D has to offer.

“It’s not so hard to win the Champions League. If you have money, you buy a few quality foreign players and win. But we have only Russian players at Medvedi. Now our goal is to take the first or the second place in the group and progress to the next round.”

Russians usually have just one first name, but Sergei Mark Kosorotov is an exception as he has two. His father wanted to name the child Sergei, while mother insisted on Mark, so the parents finally reached a compromise by picking both.

However, the 20-year-old left back, who is one of the most talented Russian players of the new generation, is usually called just Sergei by his friends and teammates.

Since 2002, the team from Chekhov has won every season of the Russian Super League, 18 titles in a row. No other VELUX EHF Champions League participant can boast the same streak in their domestic league.