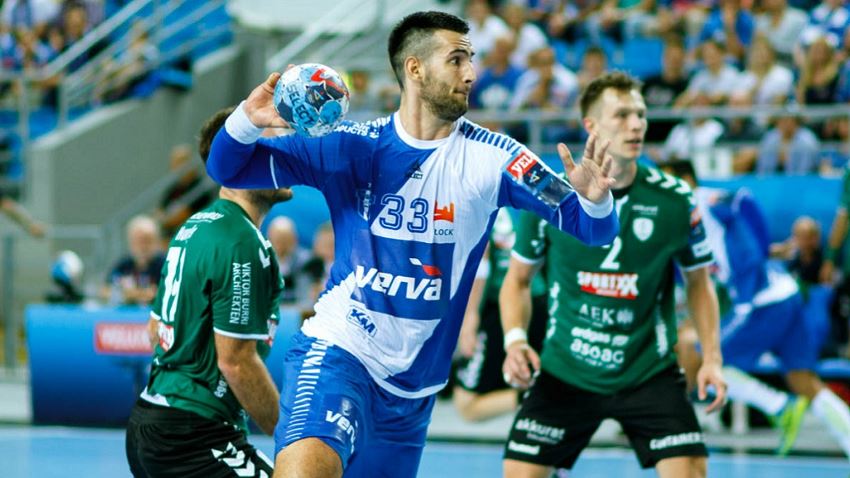 Leon look to shake up Group D against Plock

Polish side Orlen Wisla Plock are set for their biggest test of the VELUX EHF Champions League season as they head to Spain to take on Abanca Ademar Leon in the highlight game of Group D.

Group C’s current top dogs, TATRAN Presov, are expected to continue their brilliant start to the season against a struggling Chekhovskie Medvedi.

• Both sides are locked on four points heading into this crucial Group C encounter.
• The two multisport clubs have clashed twice at this level, with Sporting recording two victories in 2017.
• Sporting’s midweek derby victory over Benfica means they have won all six of their domestic league matches; Besiktas also have a perfect record, but with only two matches played.

• A rejuvenated Presov are playing their best handball in years, while Chekhov have yet to pick up a point in the Champions League.
• The visiting Russian side may be encouraged by the history between the clubs, which has seen them share three victories apiece over the years.
• Chekhovskie Medvedi’s perennial dominance in Russia is under threat, following two defeats in their opening six matches in the domestic league.
• Presov’s domestic form is also far from perfect, as they have suffered a pair of defeats in both the Slo-vakian championship and the SEHA League.

• Bottom-ranked Metalurg will need something special to take points home from Denmark.
• Bjerringbro-Silkeborg have scored the most goals in the group so far, with 98, while the Skopje-based club have leaked the most, with 93 against.
• In their one previous home game this season, BSV’s Johan a Plogv Hansen scored an impressive 14 goals against Chekhov. The right wing could have another field day if Metalurg are not careful.

• Wacker Thun’s performances have been encouraging, but they are still in search of their first top-flight win.
• The Swiss club’s previous home encounter ended in a draw against Cocks.
• Elverum picked up their first points of the season with a win over Leon last week and will be aiming to gain some momentum with an away victory in the first competitive encounter between these teams.

• Previously unbeaten Plock face a tricky away trip to Spain, the homeland of coach Xavi Sabate.
• Leon have a big task on their hands as they look to emulate last season’s second-place finish in the group, as a mixed set of results has them three points behind Saturday’s visitors.
• Plock head into this match on the back of a surprise domestic league loss to Zabrze.
• Despite both sides’ vast European experience, this is the first time they have met in a competitive fixture.