More glory for Klujber and Landin

The EHF’s expert journalists were in no doubt when awarding the EHF Players of the Month for October.

This award is nothing new to either player, with both of them earning it for the second time this year.

Motivated by the honours

“These awards motivate me to work more,” says Katrin Klujber, who was awarded Player of the Month for the first time in February this year.

“I was quite shocked in February when I was first awarded.

“Every athlete is happy with such an award because it means that you can see the fruit of your labour.

“I am delighted if I can help my club, and the experts acknowledge my performances at the same time,” says the 20-year old Hungarian, who has been representing FTC-Rail Cargo Hungaria since January.

“I was looking very much forward to start the work this season with FTC, as I joined last season, in January.

“Naturally, I have experienced new things, but everyone has helped me, and I wanted to see how hard work pays off on the court.

“I have become faster and more dynamic in my head as well as in my feet, not to mention the fact that we sense each other much better as a team now, and although my height is not typical for a right back, I think my speed helps me a lot,” says Klujber, who can look ahead at some interesting challenges with her club as well as with the Hungarian national team in near future.

“The last two wins over HC Podravka Vegeta have boosted us, as we fought hard and played really well in those matches.

“In the Hungarian league, it would be great to get closer to Györ Audi ETO KC, even though there have been some surprising results from our side.

“And there is the World Championship and the Olympics.

“We need to perform at our best at the World Championship, and this creates pressure on us.

“However, I think we can handle it, and I hope that, as a team, we can make our dreams come true and play in Tokyo at the Olympics,” adds Katrin Klujber. 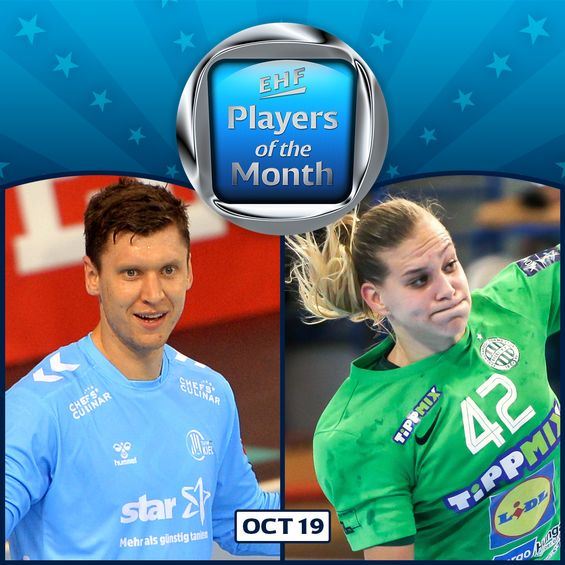 Credit to my defence

“Of course, I am very proud of this award and not least as it is the second time this year I get the honour.

“However, I must also give credit to my defence.

“Without a great defence, there are limits to how well you can perform as a goalkeeper, so our defence in Kiel definitely plays a big part in this,” says Niklas Landin, who was first awarded Player of the Month in May after winning the Men’s EHF Cup with THW Kiel.

So far, the 30-year-old goalkeeper can look back on an awesome 2019, where he has been World champion with Denmark as well as EHF Cup winner and German Cup winner with Kiel, and he may have more triumphs to look forward to.

Right now, he and THW lead group B of the VELUX EHF Champions League, three points ahead of second-placed HC Vardar.

If the north German team can hold on to that position, they can skip the Last 16 and proceed directly to the quarter-final.

“In the tight program we have, being able to skip two matches would mean a lot to us, so we obviously aim very hard to win our group,” says Landin, who is also well aware that once you are in the quarter-final you are only two matches away from the VELUX EHF FINAL4 in Cologne, where he has been once before, in 2016.

“Of course, I hope to go to Cologne again; we all do, and once you are there, anything can happen.

“At least, that is what we have seen during the last few years,” says the 201cm-tall shot-stopper.

At EHF EURO 2020, he and his teammates in the Danish national team have the chance to emulate France´s achievement of possessing all three major international titles – Olympics, World Championship and EHF EURO – at the same time, if they can win the tournament in Austria, Norway and Sweden.

The Danes will play their preliminary round and main round in Malmö, a city from which Landin has particularly fond memories.

“Playing in Malmö at the World Championship in 2011 in front of all those thousands of Danish fans was one of the most fantastic experiences in my career so far, so I am really looking forward to a repeat of that and as we still have almost the same team which won the World Championship, I think we have every chance of winning again,” concludes Niklas Landin 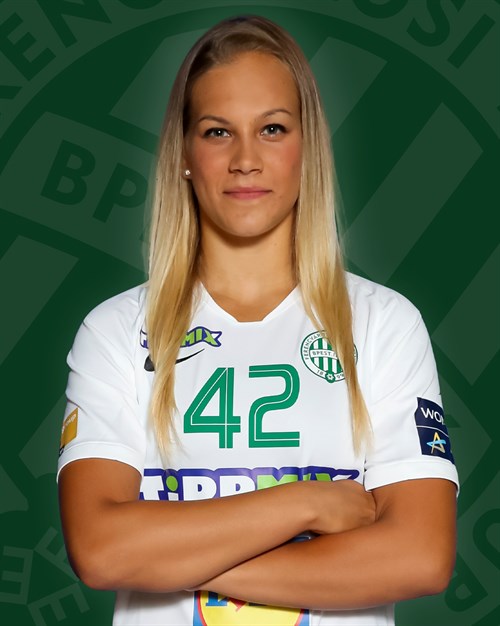