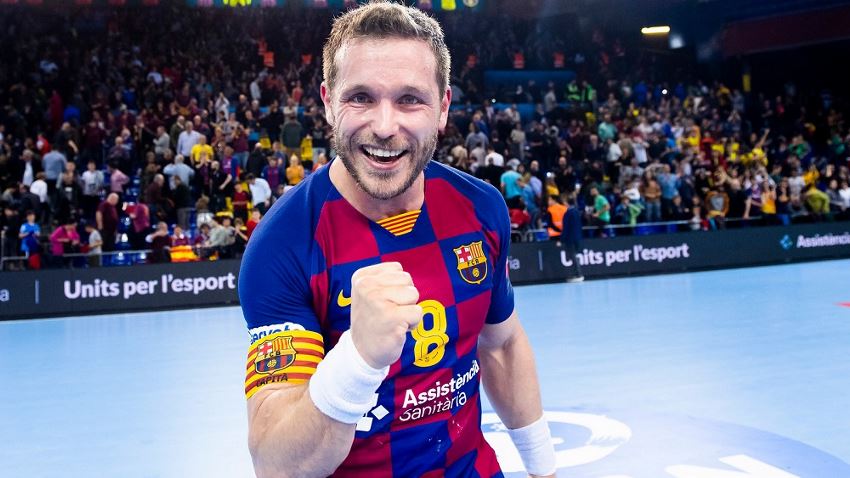 Just over three months ago Victor Tomas announced his retirement, ending his illustrious career of 18 years as a Barça professional.

But even with the current season put on hold because of the COVID-19 pandemic soon after his decision, dwelling on the past is not his thing.

“Sport is so fast, the past is the past. Of course, you can check videos and watch old games, but it is just a memory,” the right wing told Chris O’Reilly in the latest star player interview on the EHF EURO Instagram account.

However, Tomas was happy to shed his light on some of the highlights of his club and national team career, including Barça’s VELUX EHF Champions League triumph five years ago.

Barça’s gold rush at the VELUX EHF FINAL4 2015 is in the spotlights when all four matches will be streamed on the EHF Champions League Facebook page and YouTube channel this weekend (full schedule).

“For a Barça fan like me, one of the biggest things you can achieve is raising the trophy as a Barça captain,” Tomas said about the triumph.

"An amazing performance from the team"

In a clash between arguably the two strongest sides of the 2014/15 season, Barcelona downed Veszprém 28:23 in the final in Cologne.

“I think we were the team to beat, we had the best squad. Veszprém were the next best squad, so it was the final everybody was expecting to watch,” said Tomas, adding that the Spanish defence was a key factor in this game.

“We were dominating the game from the beginning until the end,” he said. “We knew if we wanted to win the game, we had to start with our defence. I think that was an amazing performance from the team.”

Tomas recalled how a shock defeat at the EHF FINAL4 the previous year had helped Barcelona to get it right this time.

In 2014, the Spanish powerhouse were also favourites to land the title but stumbled in the semi-final over eventual champions SG Flensburg-Handewitt.

“We had our game under control against Flensburg, we were leading the game by five or six goals,” Tomas said. “But within 20 minutes Flensburg were back and they managed to even the score in the last second with that famous goal of Glandorf. The rest is history, everybody knows what happened: we lost the penalty shootout.”

A lesson learned for Barcelona

It was a lesson learned for Barcelona.

“It was really, really painful,” Tomas said. “Losing that semi-final made us come to the EHF FINAL4 in 2015 knowing that we could not have mercy with anyone.”

It was also a lesson valid for all athletes in any sports.

“Sports is always giving you another chance. It matters if you lose, but next year you will get another chance. It is a mindset of a group of people sharing the same objective,” Tomas said about the mental strength of his team at that time.

He also won it in 2011, beating Ciudad Real by 27:24 in the final, and in 2005, less than three years after he signed his first professional contract with Barcelona.

“I was still a very young player with long, blond hair,” Tomas said with a smile. “But it was amazing to be able to win the biggest trophy in handball club competition in my third year as a professional player.”

Like in 2011 the opponents in the final were Ciudad Real, but before the introduction of the EHF FINAL4 format finals were still a two-leg affair.

“It’s a long time ago but I have very good memories from that day,” Tomas said. “We played against the big rival in Spain. We did a great job in the first game in Villarreal, losing by only one goal. That was the key thing to be able to win the trophy.”

Apart from his successes on club level, Tomas also has been part of many highlights for the Spanish national team between 2004 and 2017.

“My first big experience was the World Championship in 2007 in Germany,” Tomas said. “At that moment one of the more difficult steps to make was getting into the team: Spain were world champions in 2005, they were silver medallists (at the EHF EURO) in 2006 in Switzerland.”

Of course, Tomas soon became a standout member of the team, with winning the world title on home court in 2013 as the summit.

“It was crazy. I think for the first time in our lives we felt like players in the Bundesliga: all the arenas were full, the people were supporting us, the country was looking at us. That felt amazing,” the right wing said.

Not just the entourage, also the happenings on court were stunning as Spain crushed Denmark in the final, outscoring the Scandinavians by 16 goals (35:19).

"Still today, nobody can understand what happened in that game"

“That was the greatest final ever in a World Championship,” he said. “Nobody expected this score between Denmark and us. Still today, nobody can understand what happened in that game.”

While the teams kept each other in check for the opening quarter, the game suddenly went one way.

“Until minute 15 it was a tight game, it was close,” Tomas said. “But suddenly, I don’t know if it was us that we just took off or that it was Denmark that fell asleep, but the game was very, very, very strange. I am still not able to understand how we could get that gap in the score.”

Spain were already leading by eight at half-time (18:10) before doubling their lead in the second half.

Did Tomas and the team have to overcome a lot of pressure from their home crowd?

“Everybody was expecting us to get a medal. And we were confident enough to know that we had the team to get a medal,” Tomas said. “But we didn’t feel pressure, we just felt a lot of support.” 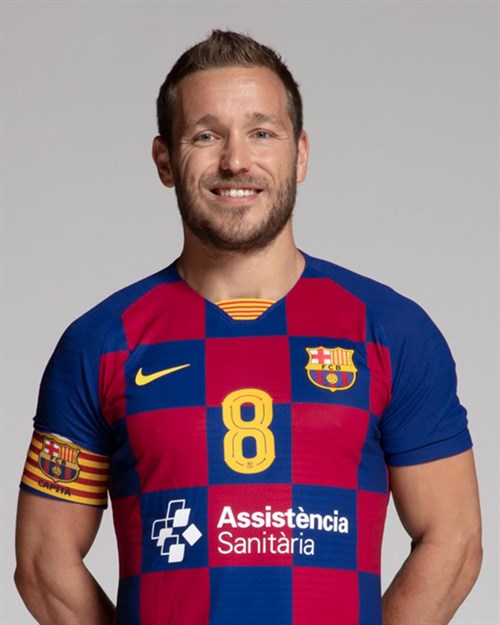