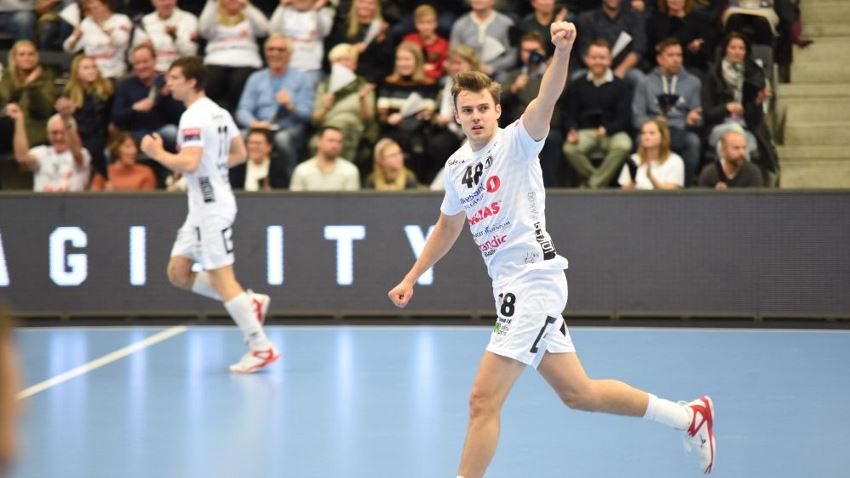 With a 2020 schedule that will see them play against Barça, Paris, Aalborg and Flensburg, Sunday night looked like the last chance for Elverum to keep their hopes of snatching sixth place in group A alive. And though opponents RK Celje Pivovarna Lasko were confident after winning the first match at home, Elverum surprised the Slovenian side, winning 37:26.

In the other game on Sunday evening, both SG Flensburg-Handewitt and Aalborg Handbold were hoping to regain confidence after recent losing runs in the VELUX EHF Champions League, but the Danish club emerged victorious and completed the double over their German neighbours.

After a dominant first half performance, Elverum almost had the game won by half-time. Mind you, they had scored 21 goals, which was not far the number of goals they had scored in some Champions League games this season.

After a level first quarter, the hosts sailed away on the scoreboard as Lukas Sandell and Magnus Fredriksen left no chance for Klemen Ferlin in Celje’s goal. With 13 goals in 15 minutes, as opposed to five for their opponents, Elverum were already up by eight at half-time. 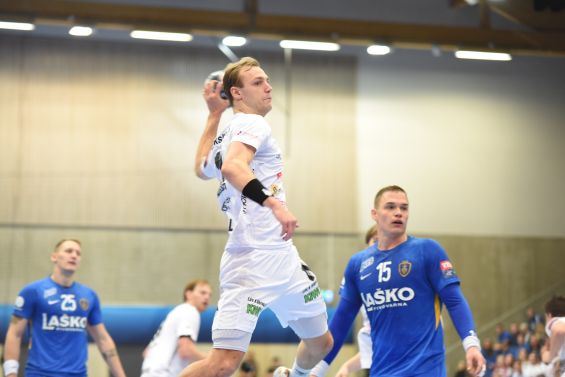 Far from stopping their efforts, they kept accelerating when they came back from the dressing room, passing the 10-goal difference mark in the 44th minute when Thomas Solstad scored his third goal.

In contrast to previous matches, Celje’s offence was silent, with Josip Sarac only netting three times. With six players scoring four goals, it was a complete team performance for Elverum, who claimed their first win this season, 37:26.

Elverum coach Michael Apelgren viewed the win as "a really proud day for me and our club."

He added: "This was a fantastic match from our side. I'm really proud of the team today, and I can understand that Celje is not satisfied, but for us it is one of our biggest performances as a club. To win with this match against a club like Celje is not what we could even expect."

Aalborg’s performance in Flensburg ended with what many would call a deserved win. The Danish side, which had already won first match at home, held a five-goal advantage a few times during the match.

After a relatively close first half, the visitors upped their intensity in defence, which caused quite a few Flensburg turnovers.

Sebastian Barthold was using every opportunity he had to increase the advantage and Aalborg took the upper hand, 15:10, in the 24th minute after one of his fast breaks. Michal Jurecki's response meant that Flensburg were only down by three at the break.

Flensburg levelled at 20:20 in the 36th minute, with Goeran Johannessen joining the offensive feast, but Aalborg's 6:1 run to lead 26:21 ensured that they never saw their German opponents again – despite Flensburg taking a timeout.

Henrik Møllgaard and Janus Smarason were scoring from long range for Aalborg, while René Antonsen blocked the path to his goal. 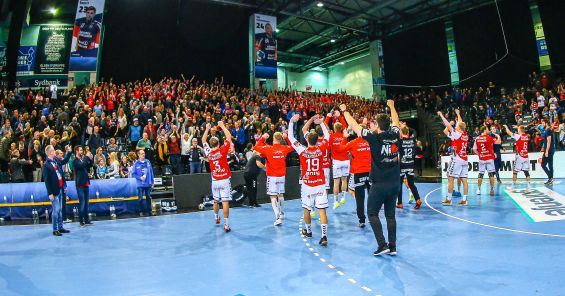 Flensburg were not efficient enough offensively, and Aalborg were not threatened in the last 20 minutes of the game, resulting in the Danish side taking the two points, 32:29.

SG Flensburg-Handewitt head coach Maik Machulla was left almost speechless by the outcome. He said: "I have no words for this performance. We are disappointed about this result. That was not Champions League-like."

Aalborg coach Stefan Madsen recognised the significance of his side's away win. He said: "We are very proud of the victory in this legendary arena. Flensburg had some injury problems but nevertheless we fought 60 minutes."