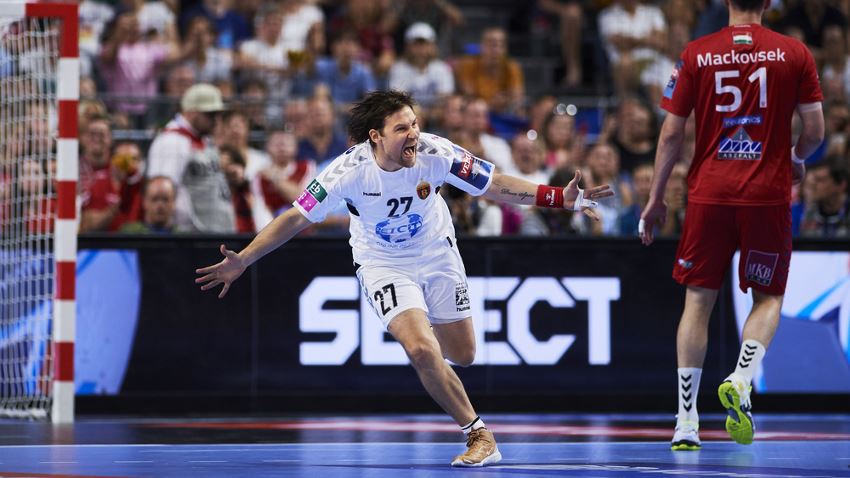 HC Vardar are the winners of the VELUX EHF Champions League 2018/2019, after claiming their second title. Their journey to the trophy at the VELUX EHF FINAL4 in Cologne was magnificent and a joy to witness. Congratulations Vardar!

Here are the last 10 talking points of the season, symbolising the 10-year anniversary of the FINAL4 in Cologne.

There could have been no better way to finish the 10th anniversary of the VELUX EHF FINAL4 than having player number 10 score the trophy-winning goal.

Kristopans had a great season, tallying 94 goals in the competition. Only Kielce’s Alex Dujshebaev scored more – 99 – and he claimed the Champions League 2018/19 top scorer trophy, becoming the first Spaniard ever to do so.

Meanwhile, Cupic is the first player to claim the trophy three times at the VELUX EHF FINAL4. He previously took the title with Kielce in 2016 and Vardar 2017.

Parrondo in the history books

HC Vardar’s coach, Roberto Garcia Parrondo, won the Champions League title for his first time as a coach. He also took the title two times as a player with BM Ciudad Real, in 2008 and 2009.

Parrondo is only the second person to win the Champions League as both a player and a coach, joining fellow Spaniard Talant Dujshebaev.

Vardar’s victory is also interesting because of their status in the semi-final against Barça Lassa.

Vardar were seven goals behind at half-time, 9:16, before turning the tide and winning 29:27. The score at half-time was the biggest ever in a semi-final at any men’s EHF FINAL4.

HC Vardar made history two years ago by winning their maiden EHF Champions League title, as they were the first Macedonian side to take the title in Europe’s top competition. Winning it again in 2019, Vardar became only the third team to raise the trophy at the EHF FINAL4 in Cologne twice.

No ‘fourth time’s a charm’

Goal record for the bronze

The bronze-medal match where Barça Lassa beat PGE Vive Kielce 40:35 was a thriller – and saw the teams make history.

PGE Vive Kielce are the only team returning from the EHF FINAL4 in Cologne empty handed – and they do it for the first time, after losing the bronze-medal match against Barça 35:40.

It’s all for the fans

Without the supporters, the EHF FINAL4 event in Cologne would not be the same. The fans have been amazing all season and did not disappoint when they were most needed.

Thanks for everything you have done for us and for what you have made us feel this weekend. pic.twitter.com/Lbu8rWlqV5

Did the fans predict the title?

The VELUX EHF Champions League All-star Team 2018/19 was unveiled before the first match of the EHF FINAL4 in Cologne. Interestingly, the soon-to-be champions dominated the team voted for by the fans.

Parrondo was voted the best coach and four of his players were also named in the team: goalkeeper Dejan Milosavljev, left wing Timur Dibirov, right back Dainis Kristopans and right wing Ivan Cupic.

Dibirov and Cupic appeared in the All-star Team for the second time. Dibirov was voted the best left wing in the 2013/14 season and Cupic was the 2012/13 All-star right wing.