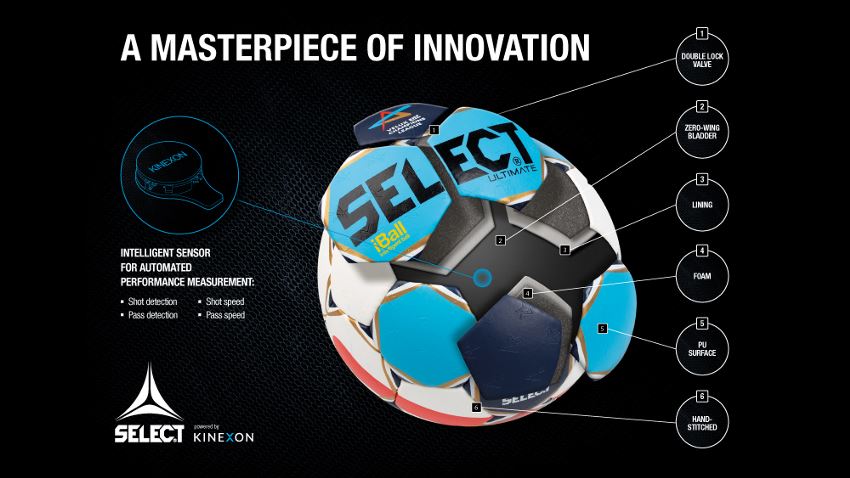 The revolutionary use of the iBall at the VELUX EHF FINAL4 2018 has been a success story in the field of innovation in handball.

At the tournament in Cologne the iBall was used for the first time to provide enhanced excitement to all fans following the final race to the most coveted trophy. For all four matches in the LANXESS arena, the balls from EHF’s official ball supplier SELECT were equipped with a Kinexon tracking chip, raising Europe’s marquee club handball event to a new level of live sports content.

Now, encouraged by an extremely positive feedback from TV stations and fans alike, EHF Marketing, together with their partners Select and Kinexon, who cooperated in this pioneer project, vie for an international acclaim of the sporting world. The video clip promoting the iBall story has been submitted to the SPORTEL Awards 2018 in the Innovation prize category.

The SPORTEL Awards is an international competition that rewards the most outstanding sports images of the year. Every year, numerous Olympic champions and celebrities from the sporting world take part in the awards ceremony, which takes place under the High Patronage of H.S.H Prince Albert II and under the patronage of the International Olympic Committee.

The 29th edition of the SPORTEL Awards will be held at the Grimaldi Forum in Monaco on Tuesday 23 October 2018. The ceremony will present each of the nominated programmes to the public. The winners will receive their awards on stage from the sports champions in attendance, and the audience is assured of moments full of sporting emotion.

Last year, a video related to the club handball climax in Cologne succeeded on the international platform and won a top accolade from event industry experts. The 2017 event’s spectacular ‘Always Moving’ show and entertainment concept, developed and implemented by Element’s Entertainment, won the ‘People‘s Choice Award 2017’ at the BEA World Festival. It was selected out of a total of 120 entries.