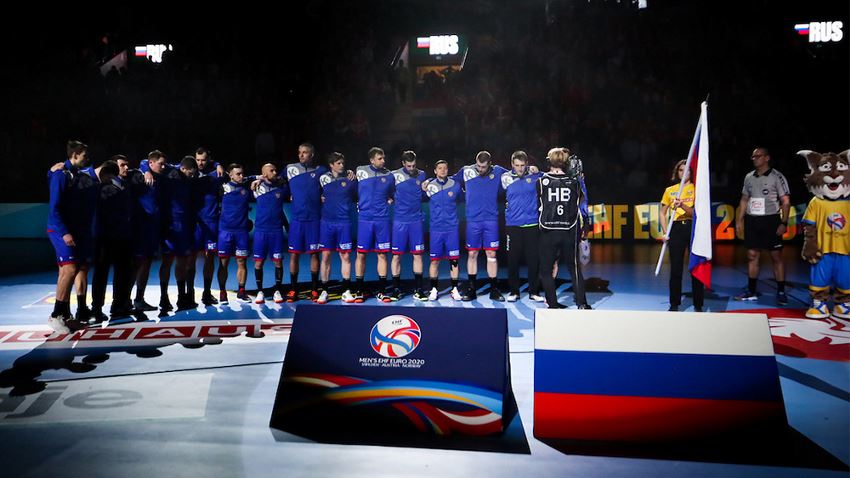 Every single one of the 24 EHF EURO 2020 participants has named at least one VELUX EHF Champions League player in their squad lists, with a total of 162 Champions League stars taking to the court in Sweden, Austria and Norway.

Players currently competing in the Champions League make up 42 per cent of the 384 players nominated for the EHF EURO 2020, with an average of 6.75 players per 16-man squad.

Russia have the most Champions League players in their squad, with five from 2019 Champions League winners HC Vardar, four players from domestic champions Chekhovskie Medvedi, two from Ukraine’s Motor Zaporozhye and one each from Hungary’s MOL-Pick Szeged and Belarus’s Meshkov Brest. Eduard Koksharov nominated a total of 13 players from the top club competition in his squad of 16.

Runners-up are Spain, Croatia and Slovenia with 12 Champions League players each, ahead of Portugal with 11 players – all from domestic sides Porto and Sporting CP.

Top contenders such as France (10) and Norway (eight) follow, while due to some injuries world and Olympic champions Denmark only have seven Champions League players in their squad.

Germany and Bosnia and Herzegovina each have three Champions League stars in their roster. EHF EURO debutants Latvia can field two players from the top club competition – right back Dainis Kristopans and goalkeeper Arturs Kugis both play for Macedonian side HC Vardar.

Meanwhile the only Dutch player who currently plays for a Champions League side is SG Flensburg-Handewitt right back Niels Versteijnen.

Almost all of the 28 clubs participating in the Champions League this season have sent at least one player to the EHF EURO 2020. The three exceptions are Spain’s Bidasoa Irun, Slovakia’s TATRAN Presov, and Swedish side IK Sävehof.

Clubs with a history of making it to the VELUX EHF FINAL4 also tend to have a large number of players at the EHF EURO. Kielce and Barça are among the top four and Paris Saint-Germain are second-ranked.

Meanwhile fifth-ranked Szeged is in theory well-positioned to finally make it to Cologne.

Defending VELUX EHF Champions League champions Vardar are represented by seven players from three nations, and four-time finalists Veszprém can count on nine EHF EURO stars. Due to some injuries of key Scandinavian players such as Lasse Svan, Flensburg are surprisingly low in the ranking with nine players.

Champions League players per preliminary round groups at the EHF EURO 2020:
32: Group D in Trondheim and E in Malmö
29: Group A in Graz and F in Gothenburg
22: Group B in Vienna
18: Group C in Trondheim