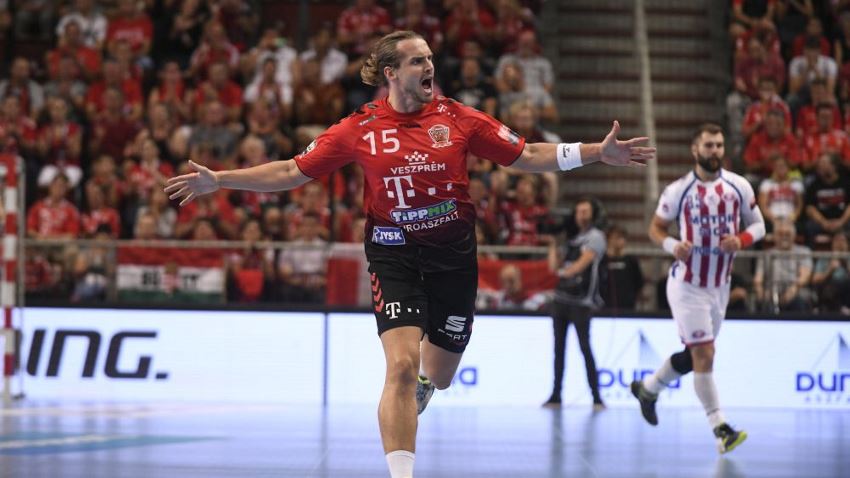 Last season's runners-up in the VELUX EHF Champions League, Telekom Veszprém HC, are already looking like the team to beat this season, as they capped off a superb game with a commanding win against HC Motor Zaporozhye, 40:28.

"It was hard to play the first Champions League match, even though we (have) played a lot of games in the domestic league The players were focused and we played really good. The first half was harder, but in the second half the team was focused and showed its real strengths," said David Davis, Telekom Veszprém HC after the match.

Topping the power rankings before the start of the season can always be a double-edged sword, but Telekom Veszprém HC showed why they are once again considered among the favourites for the title after a strong win against Motor Zaporozhye in the opening round.

The Hungarian side splashed the cash and had a strong summer in the transfer market, and everything seemed to click at the right moment for them when they took a commanding 8:4 lead after 11 minutes.

Yet Motor’s back court was not to be discarded, as Aidenas Malasinskas and Barys Pukhouski penetrated Veszprem’s defensive wall to cut the gap to one goal, 8:7, after a 3:0 unanswered run.

This is what you call a perfect combination! 👏 What an assist, what a goal for Motor Zaporozhye 💥 #veluxehfcl #ehfcl pic.twitter.com/9YDXOi57oZ

However, Veszprém took advantage of Stanislav Zhukov's red card and powered to a 17:13 lead at the break, as nine players scored for the Hungarian champions.

Veszprém pushed the pedal to the floor in the second half and led by eleven goals with twelve minutes to spare, leaving Motor with no chance of a comeback.

With right back Kent Robin Tönnesen in flawless form, scoring six goals, the Hungarian side secured a commanding win, 40:28, that has put a target on their backs for the rest of the season.