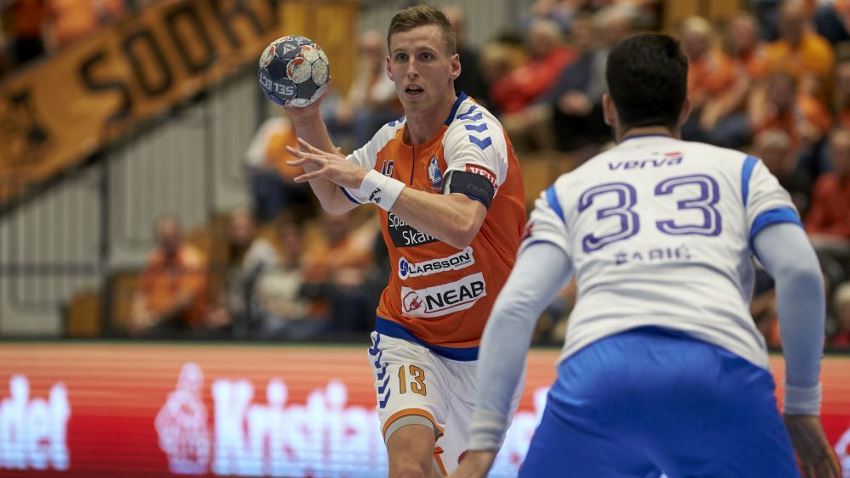 IFK Kristianstad made sure to finish fourth in the group, as they won their last group match 24:20 at home against Orlen Wisla Plock. The defeat had no significance to the Polish visitors who were already sure to reach the elimination matches from second place.

Kristianstand were without Spanish playmaker Marc Canellas who had left for French Chartres with immediate effect. In his absence, the job as playmaker was put into the hands of Olafur Gundmundsson, and the Icelandic centre back was good enough at reading Plock´s various defence formations to help the home team to a clear lead from the start.

Plock has big problems with Kristianstad´s 5-1 defence and with Richard Kappelin in the Swedish goal, while the young right wing Valter Crintz caused the visitors huge difficulties at the other end of the court, where he scored 10 goals.

WOW! Take a look at this amazing in-flight goal from Valter Crintz as @IFKKristianstad dominated the first half against @SPRWisla in Group D! 💥 #veluxehfcl pic.twitter.com/BUeSRMP1Gu

After leading by six goals at halftime, Kristianstad went nine goals up at 19:10, before Plock managed to reduce the gap without threatening the Swedish win, though.

Kristianstad coach Ljubomir Vranjes said: “It was important today that we continued the good path of winning matches.”