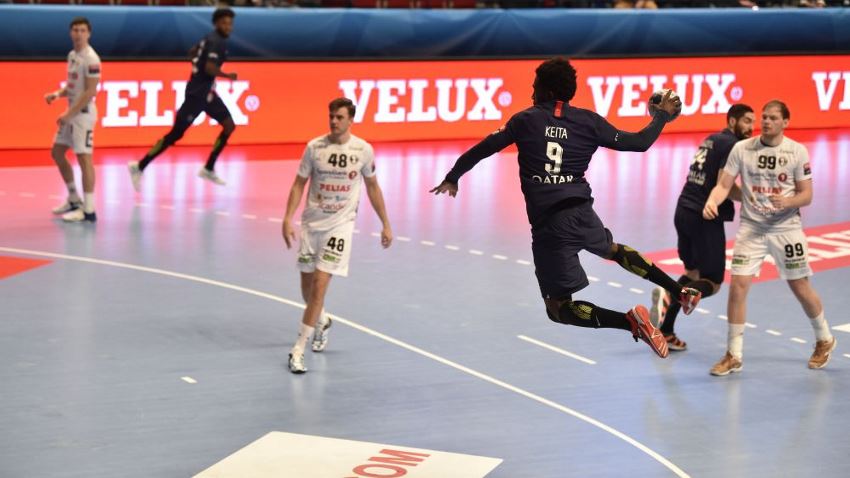 PSG eliminate Elverum; Zagreb still in the race for the Last 16

With both teams on three points before round 13, Elverum Handball and HC PPD Zagreb had their backs against the wall regarding Last 16 qualification. They had no choice but to win today, or they would definitely be out of the competition before the last round.

For Paris Saint-Germain HB, things were obviously different. The French side had to win their last two games to leapfrog Szeged in the race for the second spot, behind Barça, while Aalborg Handbold remained in a contest with SG Flensburg-Handewitt to determine which club would finish fourth.

Just like in the first match between the two teams, Elverum gave PSG a tough fight. This time the Norwegian side were comfortable in offence, with Lukas Sandell and Alexander Blonz feeding the visitors’side of the scoreboard.

Paris gradually took the upper hand, though, thanks to a couple of saves from Vincent Gerard.

On the other side of the court, Sander Sagosen was showing no mercy for his compatriots. In the 13th minute, PSG were ahead by four, an advantage they kept until half-time (17:13).

Perhaps feeling some fatigue, Elverum's offence did not look the same after the break, with the Parisian defence taking the upper hand.

In just 10 minutes, Paris had increased their advantage to seven goals (24:17) when Benoit Kounkoud coverted a fast break.

Despite Elverum trying their best to remain in the game thanks to Magnus Fredriksen’s six goals, they could not turn the score around in the last quarter of the game.

Paris were too strong tonight and, logically, they took the two points, 31:25, eliminating Elverum from the Last 16 race.

Having your back against the wall can sometimes change the face of a team. And that is what happened for Zagreb, a team that had the least efficient offence of the group prior to this game.

The Croatian side scored 16 times in the first half alone. Ante Gadža, in particular, was on fire as his team remained neck-and-neck with Aalborg on the scoreboard.

At half-time, the two teams were only separated by one goal and everything was still to be decided (16:15).

Proving that their first half was not just a passing phase, Zagreb kept the momentum after the break.

If Janus Smarason was the main danger from the visitors, Gadža was for the hosts and he added another five to his tally.

In his wake, Zagreb even increased their advantage to two goals with less than 10 minutes to play, but the match reached a thrilling climax in the final minute.

But Henrik Møllgaard was given a red card and Zlatko Horvat, after the final whistle, celebrated his 25 years playing for Zagreb by scoring a penalty shot to give Zagreb the two points and keep their Last 16 hopes alive.

"Aalborg are playing really good, quality handball. However, I have to congratulate my players on an outing they've delivered today and especially on the fact they scored 31 goals. This win will serve as a big motivation for everything that's waiting for us until the end of the season," said HC PPD Zagreb coach Veselin Vujovic.

"Well-deserved win for Zagreb here tonight. We didn't play the way we're capable of and we lacked power in certain moments. We've had our chances to take the lead on a few occasions, but we didn't use them and Zagreb managed to win the match in the end," said Aalborg coach Stefan Madsen.