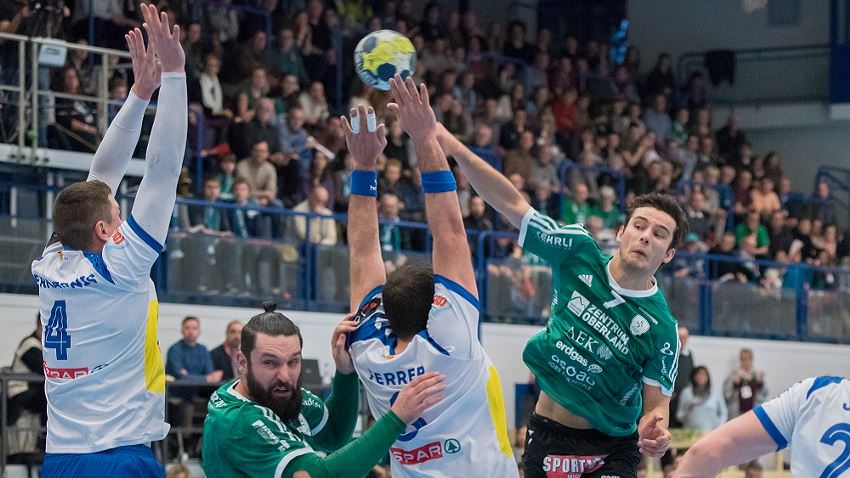 Presov and Wacker Thun ready for return to group phase

Cosmopolitan Group C gets underway on Saturday on the shores of the Bosporus, where Besiktas Mogaz host TATRAN Presov as the Slovakian side return to the VELUX EHF Champions League Group Phase. Elsewhere in Group C, Sporting CP welcome Metalurg’s young team, while the group favourites Bjerringbro-Silkeborg await Chekhovskie Medvedi on Sunday.

Former Veszprém coach Xavi Sabate’s first European match with Plock will conclude the action in Group D on Sunday evening, as Wacker Thun make their comeback in the competition after a five-year absence.

• The Slovakian champions return to action in Turkey after missing out on the European top-flight competition last season
• Coach Slavko Goluza’s squad must cope with injuries (Oliver Rabek, Dominik Krok, Michal Kasal) at the start of the season. Their main firepower, Rabek, will travel with the team but is not fully back in the training process yet
• TATRAN Presov lead the head-to-head record between these sides with two wins from two matches in the qualification rounds in 2010 and 2013
• Besiktas were crowned Super Cup champions in Turkey for the 15th time last week, but may lack the routine of competition handball

• Sporting and Metalurg met in Group D last year, recording one win each, taken on home ground
• Coach Hugo Canela’s team are carrying on with their fine domestic form, with three wins from the opening three matches of the season, making them the favourites against the young Metalurg team
• With the departure of several key players, Metalurg coach Danilo Brestovac brings a young, inexperienced team to Lisbon, following three straight defeats in the SEHA League
• Metalurg have failed to pass the group phase for four seasons now, while Sporting´s best result remains the group phase

• The Danish side are considered the biggest favourites in Group C, but await a tough test in Round 1 against the Russian champions
• The ‘Bears’ won the Russian Super Cup but have since struggled in the domestic Super League, with two defeats in three matches
• The more experienced players in the home team will meet youthful enthusiasm led by coaching legend Vladimir Maximov and left back Dmitrii Santalov
• Medvedi have the upper hand in the head-to-head record, with two wins in two clashes, but that action dates to 2011

• Former Veszprém coach Xavi Sabate leads Plock in his first European match since taking over this summer
• The Polish runners-up are playing in Groups C/D for the first time, after failing to reach the Last 16 from Group A for the past two seasons
• Wacker Thun return to the top flight for the first time since their debut five years ago
• After earning just one draw in 2013/14, the Swiss champions are still on the hunt for their first VELUX EHF Champions League victory