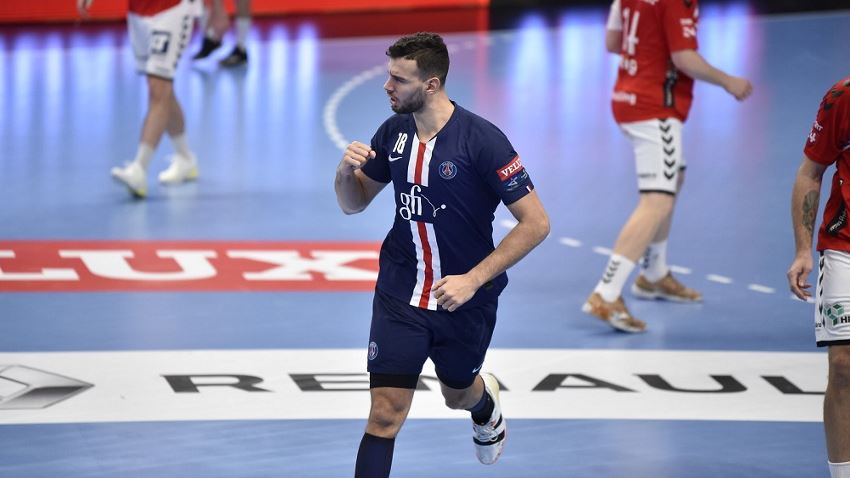 Eight talking points after an eventful round 6

After another round full of ups and downs in the VELUX EHF Champions League, things are getting clearer at the top of the groups and we are having an in-depth look at the chances of several teams of securing their objectives.

THW Kiel are on a high with five consecutive wins but another German side, Flensburg, lost their last two games and are actively searching to fix their defensive woes.

Also, we had another great individual performance with Gabor Csaszar scoring 16 goals for Kadetten in their 40:28 win against GOG.

What is going on at Flensburg?

After four rounds Flensburg had the best defence in the competition, conceding only 84 goals, or an average of 21 goals per game. In the next two games, the German champions collapsed, conceding 65 goals in 120 minutes, or an average of 32.5 goals per game. Surely, the opponents were better – Aalborg and Barça – but a swing of 11.5 conceded goals per game is unexplainable. No team has found the antidote for Barça, who are scoring at a record pace of 35.3 goals per game, but Flensburg turned away from their identity. Next stop? A home game against PSG and another test for the embattled German side. The result will not shape up their season, but could underline once again their weaknesses before the business end of the competition.

Are Dinamo and Bidasoa through?

There are only three unbeaten teams in the VELUX EHF Champions League after six rounds and two of them are in groups C and D. With only four games left, Bidasoa Irun and Dinamo opened four-point gaps ahead of the teams placed third in the respective groups, meaning that the two sides are excellently placed to progress to the elimination play-offs. Coming back to the European premium competition after 23 seasons, the Spanish side have been truly impressive both in attack and in defence, as their only blip on the radar came against Sporting CP, with a 30:30 draw. Bidasoa steamrolled second-placed Sävehof in the last two games, 39:23 and 33:24, and have an average win margin of 10.75 goals per game. Qualification for the next phase seems within their grasp, as Bidasoa could secure it in the next two rounds, with wins against Presov and Cocks. On the other side, Dinamo have been impressive as well, sweeping their opponents on home court and drawing against Chekhovskie Medvedi and Kadetten in away games. They have a four-point gap ahead of third-placed Kadetten, with the mutual game in Bucharest coming up. The question is easy then: is there somebody who could derail both Dinamo and Bidasoa’s challenge? The schedule works in their favour and the form is truly there for both teams.

No team with zero points

It has been a roller-coaster of a game between Zagreb and Elverum, with both teams fighting for their lives in the competition, as Celje lost against Szeged. But the deadlock could not be broken, 30:30, after an intense, gritty matchup that provided the first point for both sides after six rounds. Therefore, there is no team with zero points in the standings, as the two teams were the last to fail to earn a point in this year’s VELUX EHF Champions League. Zagreb, Elverum in group A and Motor, from Group B, are the only three sides that failed to win until this point. But while the Ukrainian champions face an uphill battle to clinch a main round berth, both Zagreb and Elverum are still in the mix, despite their woes. Does this draw help them both or one team could have still dreamt about a main round berth if they lost on Sunday?

Chuchi’s record on the brink of being taken down

The pace is higher and taking off the goalkeeper in case of a suspension means that goals are scored easier in the VELUX EHF Champions League and 70-goal games are more frequent nowadays. Therefore, it is no exception anymore when a player scores 10 or more goals in a single match. Still, the record is held for 10 years now by Jesus ‘Chuchi’ Martinez de la Cal, who put 17 past A.C. PAOK in 2009. This round, Hungarian playmaker Gabor Csaszar came very close, scoring 16 goals for Kadetten Schaffhausen in their 40:28 win against GOG. Earlier, Aalborg left wing Sebastian Barthold had 12 goals against Zagreb, while Bogdan Radivojevic, Teemu Tamminen, Amine Bannour and Alex Dujshebaev all had 11-goal games this season. This begs the question: can Chuchi’s record be taken down?

It was a performance to remember for Gabor Csaszar as he scored a remarkable 16 goals to help @kadettensh to a 40:28 victory over #GOGSports tonight!😮

Enjoy this montage of every goal scored by Csaszar! #veluxehfcl pic.twitter.com/l9kFrmcLYM

Who will win groups A and B?

The first place in groups A and B brings a huge advantage, safe passage to the quarter-finals and only two games separating those teams from a VELUX EHF FINAL 4 berth. Since the current format of the competition has been introduced in the 2015/16 season, eight teams have won the groups and six of these teams have progressed to Cologne. So first place is crucial, especially with those sides playing in a tough league, which helps them maintain the rhythm. This season, PSG and Barça look set to tough it out until the final round of group A as they are tied on 10 points, one more than MOL-Pick Szeged. However, group B already has Kiel up and running, as the German side is unbeaten and boast a three-point advantage over Vardar.

Home court advantage – how to protect it?

PSG set a 40-game unbeaten streak at home, as their last home loss came in November 2014 against Kiel. They are closely followed by Barça, who set their own 29-games unbeaten streak at home, as their last loss came in November 2015, while MOL-Pick Szeged have protected their home advantage in the past 11 games. There is little coincidence that the three sides are leading in group A, as home court advantage is getting tougher and tougher to protect, regardless of the name of the team. The same situation can be found in group D, where Dinamo Bucuresti won all their home games to top the group, as they only lost once in their past 10 games, against Sporting in last season’s group C/D play-off. The key to success is difficult to find, but it surely starts with having your A game ready for the home matches.

Another great #MOTWexperience for the fans

The Match of the Week always pumps up the crowd, regardless of where the game is played. Be it Kiel, Veszprém or Montpellier, home fans are treated to a great experience, built upon the core of the proper game but there are lots of other activations and stuff going on in the arena. This week, the Match of the Week did not disappoint as Portugal hosted it for the first time ever. Unfortunately for Porto, the hosts had to live with a draw as their former player, Gilberto Duarte, tied the score for Montpellier (23:23) with three seconds left on the clock. The Portuguese champions remained undefeated for the ninth game in a row on their home court, are still in the mix for a Last 16 berth, with their fans duly taking advantage of another great #MOTWexperience.

There was a full house in Hala M.O.S.I.R for the Kielce vs Veszprém game, which had all the ingredients for a classic. The revenge angle after Kielce lost the semi-final last season against Veszprém, a tale of master and apprentice for Talant Dujshebaev and David Davis, but also a huge respect between the two sets of fans, despite Kielce winning the game, 34:33. The home fans unfurled a giant banner during the VELUX EHF Champions League anthem which promoted peace and unity, while the Hungarian fans responded in respect chanting: “Poland, Poland.” Fair play in handball in optima forma.