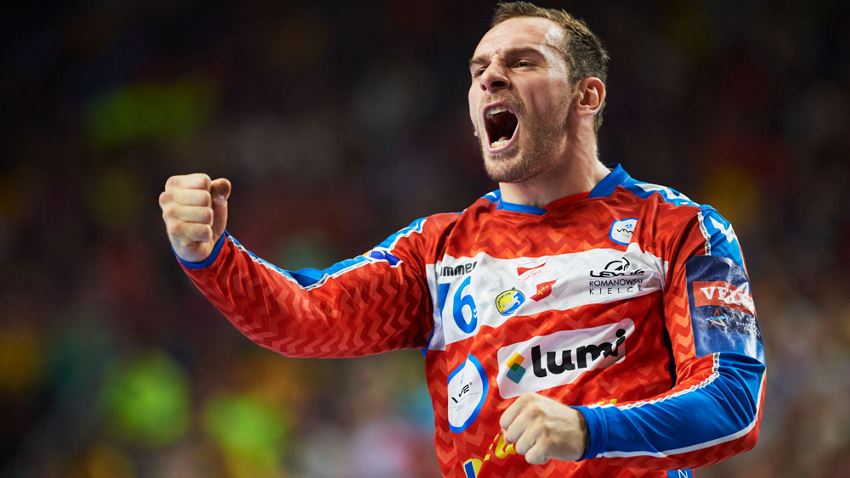 Which moves made the biggest splash this summer?

There was no shortage of big-name transfers in the VELUX EHF Champions League this summer, but which of them will make the biggest impact.

Evergreen machines, comebacks, talented reserves and champions were among those on the move and here is the first of two breakdowns of what ehfCL.com experts believe are the top 12 transfers.

Tino is back in town. After an 18-month absence, the 34-year-old Russian has returned to action with Plock.

The right back has experienced a rich and varied career, including spells in Greece, Russia, Spain, Germany, Denmark and Belarus and won the VELUX EHF Champions League with Barcelona in 2011. Provided he is fully fit, Igropulo will offer a lot to the Polish side.

This is an intriguing one. We have known it was coming for a long time, but it is still quite difficult to imagine exactly how the German international’s move to Poland will pan out.

Wolff will certainly be the big dog between the posts, something he was not able to enjoy in Kiel, sharing duties with Niklas Landin and it would be fitting for him to excel in the country which he made a name for himself at EHF EURO 2016.

After playing second fiddle behind Nedim Remili, Luka Stepancic has a chance to take another step forward in his career with Szeged.

There is no doubting his ability and potential, as he has often shown with Croatia and occasionally with PSG, and Juan Carlos Pastor could well be the coach to mould him into exactly what Szeged need to make the final step to the VELUX EHF FINAL4.

This transfer has been on the cards for a long time, but it does not make it any less exciting. Vincent Gérard has already successfully succeeded Thierry Omeyer as France’s number one keeper, proving himself at the 2017 World Championship and EHF EURO 2018, but now it is time to do it week in, week out at PSG.

He was brilliant during Montpellier’s unlikely run to the title in 2018, but this season nothing less than glory in Cologne is expected.

Cupara enjoyed a short but sweet stint with Kielce, which included some brilliant performances as they reached the VELUX EHF FINAL4, the standout game being the quarter-final first leg against PSG.

The Serbian goalkeeper feeds off crowd energy, so he should have no problems settling into life at Veszprém, but expectations are high for the 25-year-old as he replaces Roland Mikler between the posts.

Another Veszprém addition and not the last on this list. Borozan had a turbulent season with Vardar, which ended with his early departure from the club and missing out on winning a second title in three years.

This leaves the 25-year-old with something to prove at Veszprém and he will be a welcome presence in the left back position. If he can recapture the form he showed in 2017 and 2018, he and his club will be a very scary prospect for the rest of the competition.

Check back to ehfcl.com next week for part 2 of the top transfers of the season!