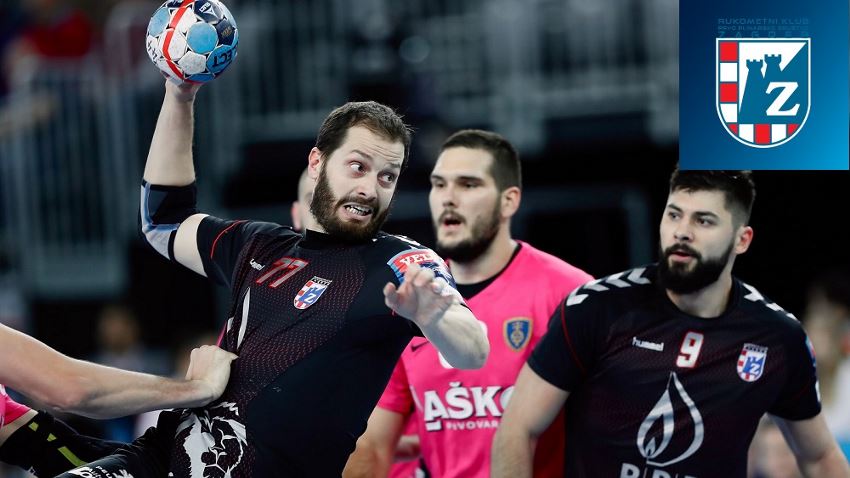 Zagreb rediscover the taste of success

HC PPD Zagreb had a great season. After missing the Last 16 in the VELUX EHF Champions League 2017/18 for the first time in four years, they went back on track last season.

Reaching the Last 16 was one of the goals at the start of last season. And after head coach Branko Tamse replaced Lino Cervar halfway through the season, Zagreb finished sixth in Group B.

Zagreb also secured second place in the SEHA-Gazprom League, won the Croatian cup and won 10 out of 10 matches in the play-offs of the national championship: with their 28th domestic title came their record 26th participation in the VELUX EHF Champions League.

“'Playing the Champions League is a dream come true to every player and every club wants to be a part of this prestigious competition. We are very proud that our club is one of the cornerstones of EHF Champions League and we are honoured to be able to present our country and our city all over Europe,” says Josip Valcic, sports director and a former player of Zagreb.

- Can Zagreb return to the Last 16 again?

The objectives for the upcoming season are the same as the year before: progressing to the Last 16. “We know this is a difficult task but we are already used to playing against the best teams in Europe and we see our chance to achieve this goal again this season,” Valcic says. “Of course we hope to make a step further and go all the way to the quarter-final but everything beyond the Last 16 would be an amazing achievement.” The last time Zagreb played in the quarter-final was back in 2015/16.

- What about Zagreb’s roster changes?

Several new names will be a backbone of the team alongside with experienced players like captain Zlatko Horvat and Damir Bicanic. The all-new line player trio will try to step up the game - Marin Sipic, Kristian Beciri and Darko Stojnic. Croatian international Matej Asanin will be stronghold of the defence after the departure of Urh Kastelic. The back line has also been reinforced and the wings are traditionally strong. A mix of youth and experience will be a good recipe for Zagreb.

- What awaits Zagreb in the group?

Interesting opponents are waiting for Zagreb in Group B, starting with an highly anticipated home game against Paris SG. Another home game, against Barça, will bring back memories from the mid-90s when Zagreb and Barça contested three EHF Champions League Finals against each other. “Another two home games - against Szeged and especially Celje - will attract full stands. Games with Celje have become some kind of eternal derby and we are looking forward to them,” says team captain Zlatko Horvat.

Under the spotlight: Marin Sipic

There were a lot of changes in Zagreb’s squad and the biggest one was on the line: all three line players left the club and one of the spotlights will be on Marin Sipic. The young Croatian started his career at the Balic & Metlicic Academy in Split and gained experience in Nexe during years of playing in the EHF Cup, SEHA League and domestic competitions. His skills put him on coach Cervar’s radar. He was invited to the Croatia national team and won his first medal at the Mediterranean Games 2018 in Tarragona. He has since been on many clubs’ wish lists but opted to switch from Nasice to Zagreb for this season.

The European experience each year is important for the development of the team’s younger players. Horvat says that is important for success, also for the national team: “For our club, as the filter of young talents from Croatia, playing the Champions League is important. In this competition our young talents clash with best European players and coaches. It’s always interesting to see how the new ones will handle new situations while playing at that high level.”

Not all Champions League matches will be played in the Arena Zagreb: the game against Barça, for instance, will take place in the city of Zadar on the Dalmatian coast, known for its sea organ. Another playing venue will be Varazdin in the northern part of Croatia, which has already hosted Europe’s elite club handball competition.

Zagreb have won all 28 national titles since Croatia’s independence in 1991 and they have not lost a match since 2012. They also won the domestic cup in 26 of those 28 seasons - a series only interrupted for two straight years by Metkovic in 2001 and 2002. So Zagreb have collected 56 out of a possible 58 domestic trophies.