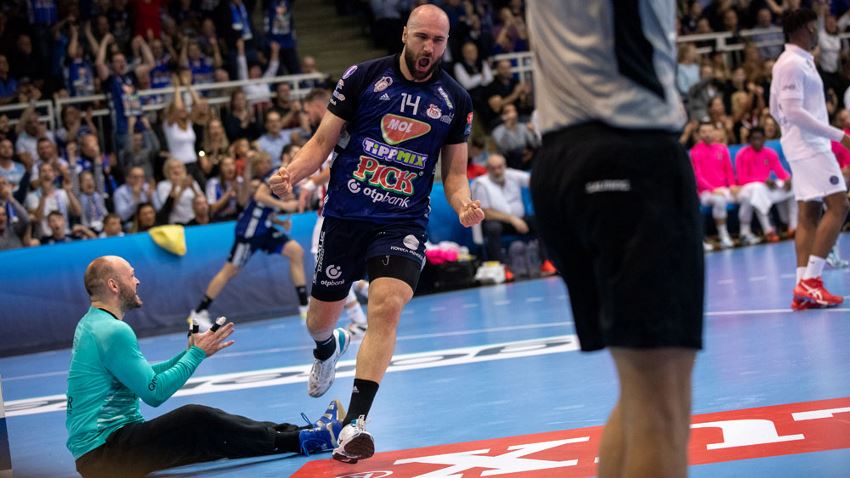 Before Sunday’s Match of the Week between MOL-Pick Szeged and Paris Saint-Germain, there were three games left until the end of the group phase, and two teams level in second place with 18 points.

The winner would make a small move towards ending the group in second place, so there was more than just two points at stake - even more so for Paris, who had won the first leg at home by five goals, 30:25.

Paris were dominant throughout the first half. Goalkeeper Vincent Gerard saved four shots in the first 10 minutes of the game, helping his team to an early three-goal advantage.

The visitors were scoring on almost all of their opportunities, with Mikkel Hansen and Nedim Remili being the most prolific. Scoring four goals each, the back court players perfectly orchestrated the game, as the line players were getting numerous balls.

Joan Canellas’ arrival on the court did some good for Szeged, as the recent EHF EURO champion scored four in under six minutes before the break, providing some much-needed long distance danger. At half-time, his team were still down by three (15:18) but were looking more comfortable.

Just five minutes into the second half Bogdan Radivojevic was handed a red card and Hansen scored again to put Paris 21:15 up.

As a consequence, they came back from a six-goal deficit to making the score even in less than six minutes. Paris were failing to find solutions offensively, even playing with seven players on the court.

The two teams remained neck-and-neck until the last three minutes, where Szeged were more efficient. Dean Bombac and player of the match Joan Canellas together scored three unanswered goals, giving Szeged the win and – for the time being – second place in the group.

"We started to play faster, which resulted a win for us. We won two points, but nothing has decided in the group," Banhidi added.

Gerard said Paris should not have let Szeged come back from their six-goal deficit.