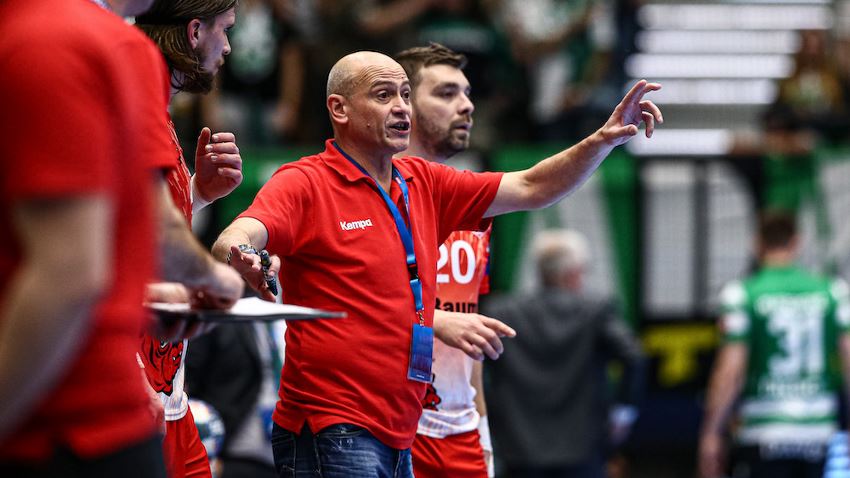 “Heartbreaking.” That is all C.S. Dinamo Bucuresti’s players and coaches could say after the Romanian champions lost against Sporting CP in the elimination play-off last season.

Dinamo led by as many as four goals in the away leg, but crumbled under the pressure and ultimately lost the double header by a two-goal margin, 59:57.

Handball works in mysterious ways, though, as the sides are meeting once again in the same stage of the competition, after Dinamo were the only team in the entire competition to preserve an unbeaten status in the group phase.

The Romanian side hold a narrow 26:25 lead after the first leg, following an advantage as clear as four goals, before Sporting cut the distance in the dying minutes.

“Hopefully we learnt something from the games against Sporting last season. I talked to all my players and all of them are motivated to prevent a letdown from happening again,” says Dinamo coach Constantin Stefan.

Progressing to the Last 16 would be a first both for Dinamo and Romanian handball, therefore, the stakes are huge.

“I think it would be a game-changer for Romanian handball. Our results have not been good in the past few years, so that would be a huge motivation for all of us, to be better, to play better and to raise the quality,” adds the 52-year-old.

There were talks about moving the game to another arena, but Dinamo’s players insisted on the crucial match-up against Sporting being in their own hall.

The 2,500 tickets for their arena were gone in 20 minutes, and the noise level will surely be through the roof long before throw-off.

“We could have filled a 10,000-seater in Bucharest in no time – that is the level of interest surrounding this team and this particular game,” says Stefan.

“The fans are almost as crazy as they are in Egypt. They have the same hot blood and cheer until the end of the game,” says Dinamo’s Egyptian line player Mohamed Mamdouh Shebib.

Mamdouh is the only former VELUX EHF Champions League winner in Dinamo’s roster – 2018 with Montpellier. He was not part of the team last season, but that defeat has lingered and the Romanian side are ready to avenge it.

“We are a bunch of crazy guys. That is our bond and that is what brings us together. Motivation is everything in handball and we are pumped up,” says Mamdouh.

“Advantage could be gone in seconds”

No Dinamo player or staff member was more upset in the aftermath of the defeat against Sporting last season than Stefan.

The Romanian coach came under heavy criticism for the tactical decisions that led to the defeat, but Dinamo’s management gave him a full vote of confidence.

One year later, the ‘Red Dogs’ have won the Romanian championship once again, are undefeated up until this point in the VELUX EHF Champions League and have won all the home games played in Bucharest.

In fact, Dinamo lost only once in the past 11 games in their home arena – against Sporting last season.

“It could have been better, but we made some mistakes. I am repeating over and over again for the players: a one-goal advantage could be gone in seconds,” says Stefan.

“This is not the moment to relax. We have to stay together and pay even more attention. We need to focus on what we have to do.”

A clash against PSG Handball or MOL-Pick Szeged is on the cards in the Last 16, but Dinamo’s players do not think about that.

“We only think about the game against Sporting,” says Mamdouh.

His memory of winning the VELUX EHF Champions League with Montpellier is not so far from the current experience:

“Nobody believed in us. Not even one second! And we went on and won the competition. It was amazing. So, in handball, everything is about motivation. We have plenty of it!” 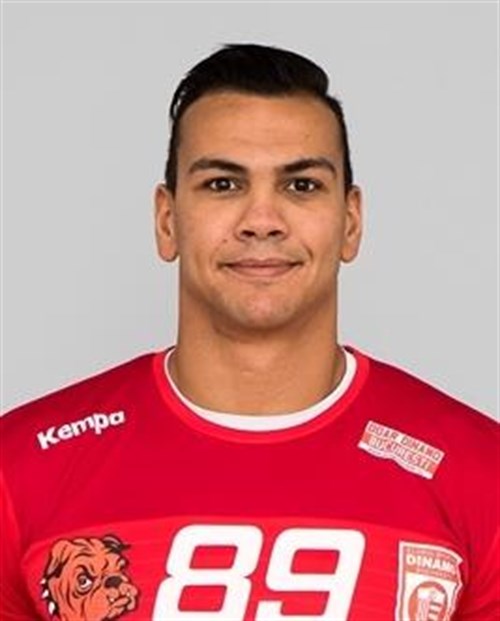