Against the stunning backdrop of the Swiss Alps, Pfadi Winterthur have won the ‘EHF Mounthands’ under-17 outdoor tournament (age group 2003/04) in Arosa.

Pfadi’s youth team defeated PGE VIVE Kielce 32:26 in Saturday’s final to crown themselves the winners of this unique event.

As the 7th Arosa Handball Unternehmer Forum was taking place in Arosa this weekend, the tournament was set up by EHF Marketing GmbH and Nord Stream 2, premium partner of the VELUX EHF Championship League, with the support of the Arosa Tourist Office and the Swiss Handball Association. 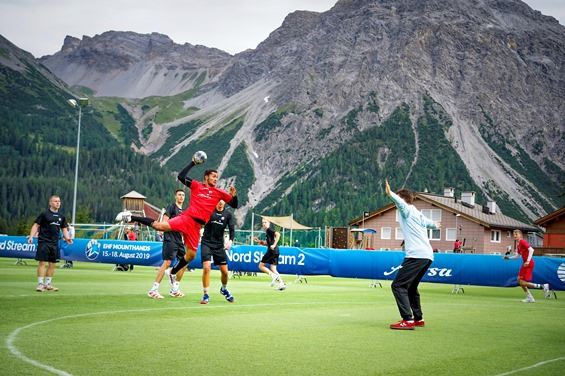 In the semi-final the day before, Pfadi had also beaten the second participants from Poland, Orlen Wisla Plock, 29:28 after a penalty shoot-out, necessary after their match ended in 25:25 after 60 minutes.

In the other semi-final, Kielce got a seven-goal win (35:28) over HC Kriens-Luzern/SG Pilatus, but the Swiss team bounced back on Saturday by defeating Plock 37:32 in the third-place match. 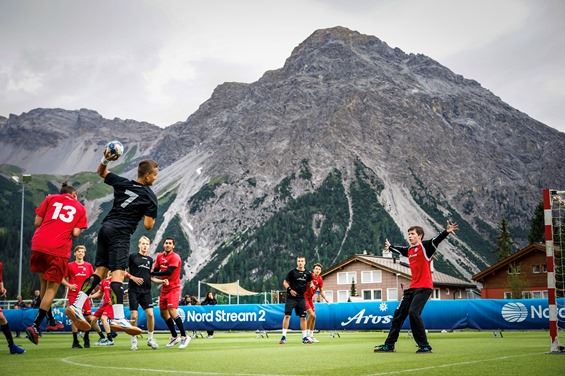 Pfadi captain Alessio Lioi became the event’s top scorer with 22 goals and his trophy was handed over by Pascal Jenny, Director of Arosa Tourism. Pilatus’ Martin Mai was named MVP and he had his trophy presented by Dirk Klingenberg from Nord Stream 2.

While the start of the VELUX EHF Champions League is still more than three weeks away, the event in Arosa carried some flair from Europe’s prime club competition thanks to music and entertainment provided by Markus Floth, known as one of the faces of the EHF Champions League. 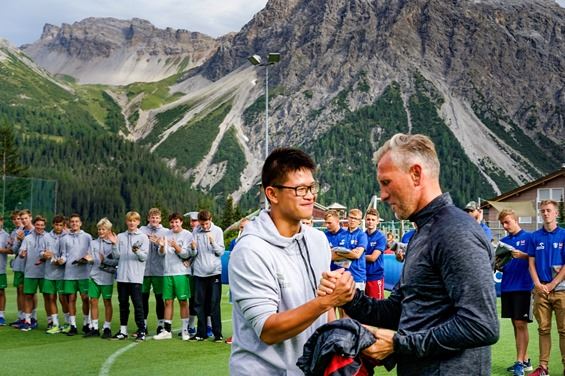 All matches were led by referees from the Swiss Handball Association’s programme for young and talented referees and were streamed live on ehfTV.com and sporttotal.tv through an automated 180-degree HD camera from Sporttotal. The recorded matches are available on demand on ehfTV.com.

However, it was not all about handball for the four youth teams as on Saturday morning they all took part in a teambuilding session in a climbing garden as well as a chipping golf event arranged by the Arosa Tourist Office. Overall, all participants experienced a great event full of handball and fun.