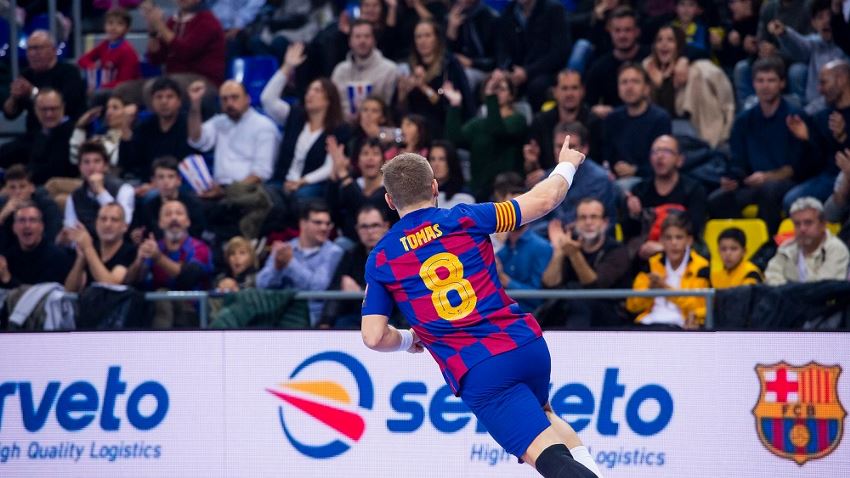 Barça made no mistake in the battle for top spot with PSG Handball in VELUX EHF Champions League group A on Saturday.

The Spanish champions defeated Aalborg Handbold 44:35, coming close to several club records, for their seventh straight win, opening up a two-point lead over PSG ahead of their game against SG Flensburg-Handewitt on Sunday.

While Barça needed 20 minutes to launch their game against Aalborg in Denmark last week, it was a different story in Spain on Saturday night.

With Timothey N’Guessan taking responsibilities in the attack, the Spanish side was quickly ahead by three.

However, an early timeout got Aalborg back on track, mainly thanks to Sebastian Barthold’s offensive efficiency.

With Aron Palmarsson on court for the final 10 minutes of the first half, Barça regained the initiative as he sped up his team’s game, leading to a 22:17 score line at the break. 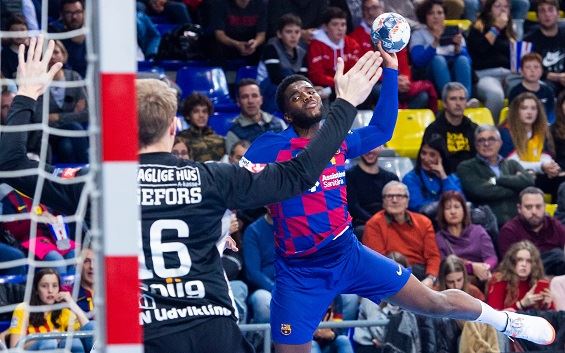 Barça made it a seven-goal lead early in the second half as Aalborg found no solution against Barça’s defence.

And even though goalkeeper Mikael Aggefors gave his best, Barça’s relentless pace could not be stopped.

Even in the closing minutes of the game, Aleix Gomez and Alex Pascual kept on pushing on fast breaks, and Barça’s lead shortly reached double-digit figures once, at 43:33.

“Today the fans enjoyed a lot in Palau because it was a tough game but an incredible rhythm," Barça coach Xavi Pascual said. “As a coach I think that our defence will have to improve a little bit, but I want that my team plays this kind of handball.”

Aalborg coach Stefan Madsen said his team knew "that playing at home and playing away is two different worlds and we felt that on the court today. We found the right solutions in our attack; making 35 goals here is OK for us, of course.”