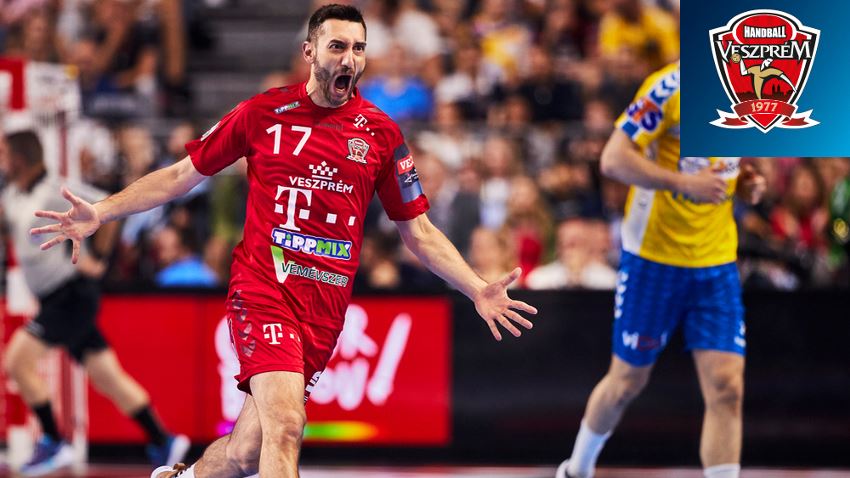 In the 2018/19 season, Telekom Veszprém HC started with a roller coaster-like performance. After only a few weeks, David Davis arrived on the Hungarian record champions’ bench to replace Ljubomir Vranjes. His mentality and game style brought the expected results and, after winning the domestic championship, Veszprém reached the VELUX EHF FINAL4 and finished as runners-up.

Needless to say, expectations at the “Constructers” are still high and handball lovers are keen to see what happens after a whole summer of the squad together with David Davis – but without László Nagy and Momir Ilic, both retired.

What will the whole off-season with David Davis bring?

The Spanish coach joined Telekom Veszprém HC in the beginning of the previous season. As he was immediately accepted by the players, he could start to form the game style that would go on to bring plenty of success. Veszprém won the Hungarian title and yet again reached the EHF FINAL4. Although they lost in the final of the Hungarian Cup against their old rivals, MOL-Pick Szeged, it was settled – the side is now Davis’ unit. With the chance to perfect every little detail during the summer, could the club finally take Europe’s crown?

How much will the retirement of László Nagy and Momir Ilic affect Veszprém’s strength?

László Nagy is one of the best Hungarian handball player ever. Even in the last couple of years, he was the keystone in defence and was still able to score anytime. Nagy’s retirement does not mean that he leaves the club – the two-time Champions League winner has a new role as Sport Director.

Momir Ilic helped the Hungarian club with innumerable goals throughout his seven years with Veszprém. The Serbian left back’s knowledge of handball will be used at the club as he joins the coaches from next season.

With a full summer together with David Davis, the help of newcomers and the redesigned positions of the retired players, not to mention the planned new mascot, Veszprém might be able to surprise the opponents in many aspects.

The expectation is clear: reach the VELUX EHF FINAL4, however, even the group phase might be a huge challenge:

“There are no easy opponents in the Champions League. We have Vardar, last year’s winners; Montpellier, the winner two years before; Kielce, who was a FINAL4 participant; and Kiel also, who are back to the Champions League and do not need any introducing. I think that we are in a tough group, but our goal is win this group,” says team captain Mate Lekai.

Under the spotlight: Kentin Mahe

Handball speeds up each year. As Kentin Mahe is the playmaker, it is one of his responsibilities to dictate the tempo. A big responsibility lies on his shoulders however, the French centre back has shown his ability to face the toughest challenges.

A big season with high ambitions

The 2019/20 Champions League season is going to be Veszprém’s 25th – and it remains the only cup missing from their collection. A new year brings new hopes, although Veszprém need to prioritise, as they will compete in four different series. Besides the Champions League, they will face opponents in the Hungarian league and Cup as well as in the SEHA League. In these three competitions, their objective is to win.