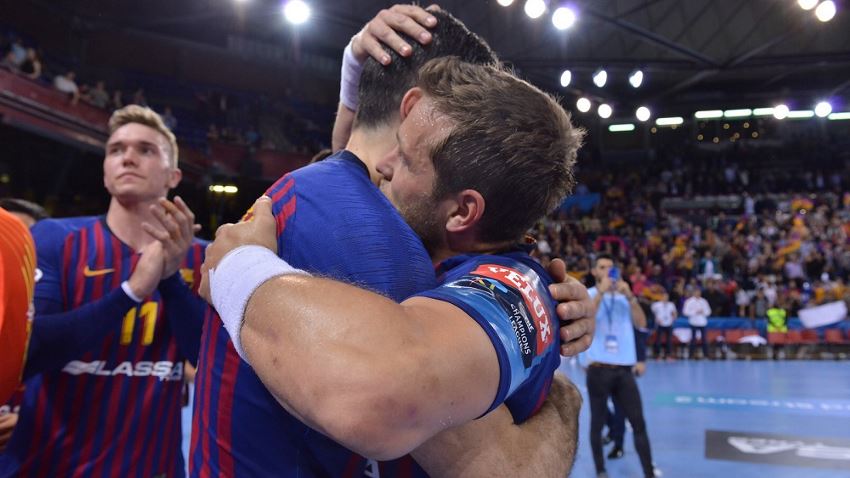 Joy and satisfaction dominate quotes of the week

The VELUX EHF Champions League Quarter-final is over. We now know the names of the four teams that will battle for the title in Cologne on 1/2 June 2019: Barça, Kielce, Vardar and Veszprém.

While all teams that won the first leg last week held on to their advantage in the second leg, their opponents had their European seasons ended.

Here are the Top 5 Quotes from coaches and players after the quarter-final:

“I think in the first 15, 20 minutes we played perhaps the best handball that we have seen in Palau in quite some time.”

Not only did Barça win both their games against last season’s finalists Nantes, they did it in a proper manner. And coach Pascual was obviously really happy about what he saw in the return game on Saturday.

“I’m proud of my players and of the fans because they gave everything.”

Despite an incredible first half in the return leg, Szeged couldn’t turn the score around against Vardar. For the third time the Hungarian side was eliminated in the quarter-final. But their Spanish coach Pastor still thanked all fans for their support.

“Since our defeat against Montpellier last season we have been working hard for being in Cologne. That’s why we have to be happy.”

Last year’s elimination against Montpellier left an open wound in Barcelona. This week’s result, however, will help recovery from that as Barça are returning to the VELUX EHF FINAL4. Happy says are back at the club from Catalunya. 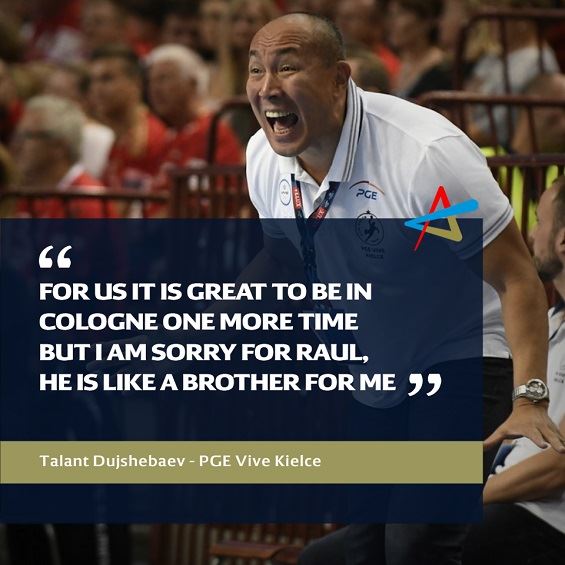 “I know that it is not easy to support me every day, so thanks for the players who are our patrimony. I am so proud of their work.”

After joining the club in October, Spanish coach Davis has helped Veszprém qualify for the VELUX EHF FINAL4 again after missing the event last year. To his own admission, he might not be an easy coach to work with so he expressed his gratitude towards his players after the team qualified for Cologne on Saturday.

“I don’t have words to explain what I feel. Of course, for us it is great to be in Cologne one more time but I am sorry for Raul, he is like a brother for me.”

Kielce only just held on to their 10-goal advantage from the home game when they lost the return leg against PSG by nine goals in Paris on Sunday. While Kielce will return to the VELUX EHF FINAL4 - where they won the title three years ago - coach Dujshebaev felt for his former assistant, Raul Gonzalez, now in charge of PSG.