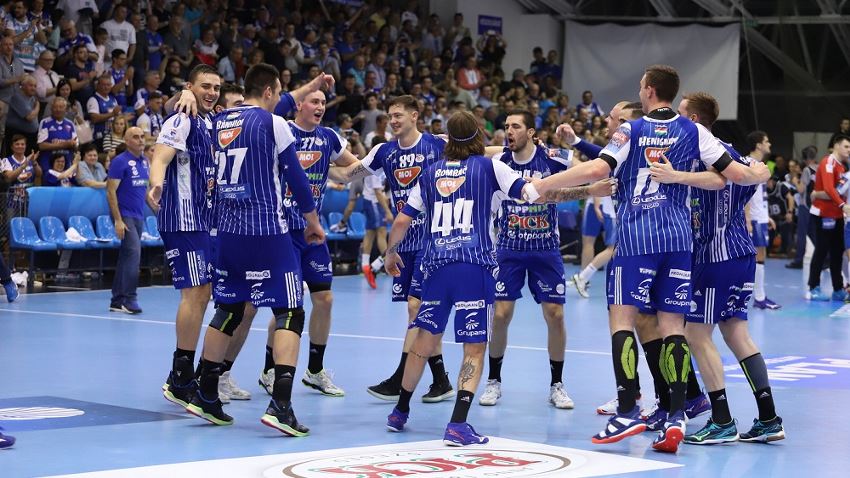 For the third time in five years, MOL-Pick Szeged are through to the quarter-finals of the VELUX EHF Champions League, after disposing of Wisla Plock (23:16) in the second leg of their Last 16 tie, taking a 45:36 aggregate win.

Szeged took notice after Plock shocked Bjerringbro-Silkeborg on their home court in the second leg of the Group C/D Play-off and kept the Polish side in check, as Plock tied their best ever performance in the European premium competition.

The Hungarian side will next face Vardar for their maiden VELUX EHF FINAL 4 berth.

With six different scorers in the first 20 minutes, the Hungarian side took early control, yet the game proved to be again a scrappy affair, with the hosts taking a 7:5 lead.

As Plock’s attack was limited to only 43 per cent efficiency, Szeged continued to extend their lead, taking a commanding 13:8 lead. Plock had their work cut out, having to overcome a seven-goal gap to progress.

There was little chance for that to happen, as Plock’s attacking proficiency never sparked up, with line player Bence Banhidi leading the line for Szeged, who extended their lead to 19:12.

As Szeged continued to pummel Plock with a stout defensive performance, the Polish side was being limited to a season-low 16 goals.

Therefore, it was little to no surprise that Szeged had another impressive win, 23:16, which puts them in the hunt for a VELUX EHF FINAL 4 berth.

“They were in good form because they got one point from Kielce,” MOL-Pick Szeged coach Juan Carlos Pastor said. “Our key was the defence and we had a very good performance in the goal.”

SPR Wisla Plock coach Xavier Sabaté acknowledged that “it was clear, they are better than us. Mirko Alilovic was the difference between the teams because he had 16 saves from six metres.”