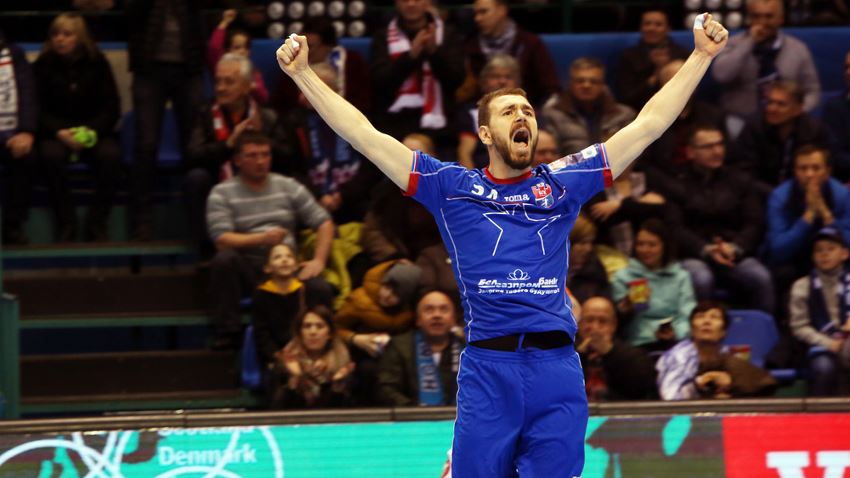 HC Meshkov Brest’s flawless win against IFK Kristianstad in the VELUX EHF Champions League Match of the Week was enough to take the Belarusian side into the next phase of the competition. The home side moved up to nine points and, following Montpellier’s loss, settled into sixth place as they leapfrogged the French side.

It was a do-or-die game for both teams, and the Match of the Week really lived up to its name. Both Brest and Kristianstad needed Montpellier to stumble, yet they provided an exciting game in the meantime and thoroughly entertained both sets of fans.

As Brest had already won the first mutual game way back in round 1, they knew how to unlock the team that had lost their last four matches.

With Montpellier in an early rut against Vardar, it became clear that the winner of this game was going to proceed to the Last 16.

With back Stig Tore Nilsen in good form and their attack looking top notch, it was no surprise that the guests took a 5:3 lead. But when Brest amped up their defence, the Swedish side’s goals dried up.

A 5:1 run for the home team turned the game on its head, as Croatian duo Sime Ivic and Sandro Obranovic combined for six goals to take Brest to a healthy 15:11 lead at the break. 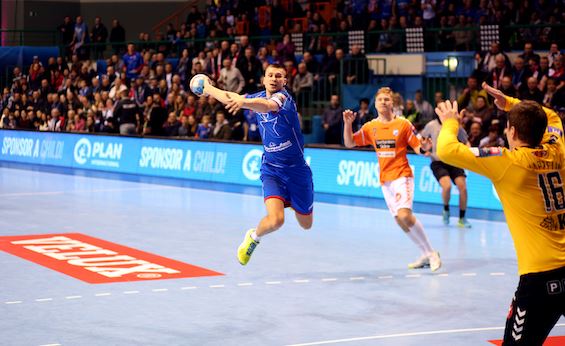 There was nothing Kristianstad could do to stop Brest in the second half. The Belarusian team jumped to an unassailable 22:15 lead after 45 minutes, and Kristianstad saw their season slipping away.

At the final whistle, Brest secured an easy 32:23 win to progress to the next stage for the fourth season in a row, while the guests were eliminated in the group phase once again.

“While I was preparing for tonight's match, I analysed the matches of Montpellier and Kristianstad multiple times. Each party deserved to advance to the play-off round. I liked the handball that Kristianstad displayed throughout this season,” said Brest coach Manolo Cadenas. “Today our defence was a key factor. It was comprised of more skilled and highly motivated players with [Ivan] Pesic behind their backs. I'd emphasise that our 6-0 defence was fairly mobile and efficient. We were fast in the transition phase between the attack and the defense and vice versa, and this was fundamental to our success. Compliments to the atmosphere in the arena, which was a clear advantage to us.”

Belarusian line player Viachaslau Shumak was presented with the Player of the Match of the Week award by Viktor Kozlov, Director of Dahmarket, partner of VELUX.