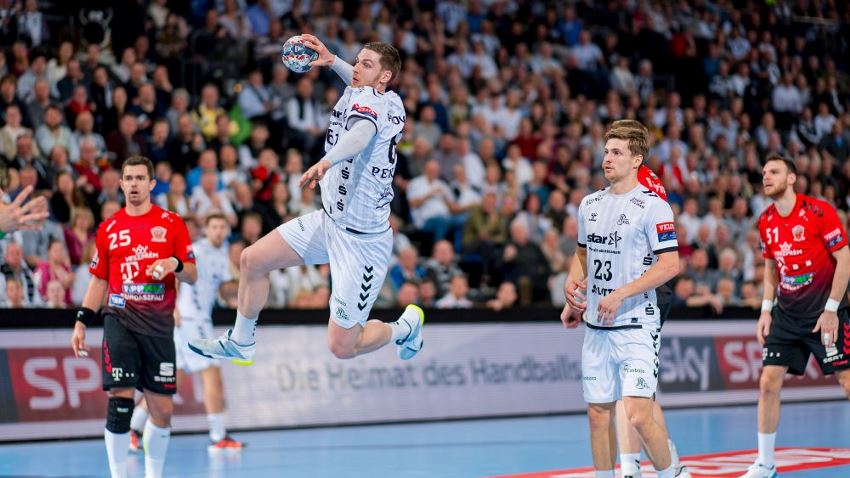 What are the five talking points resonating from round 12?

With only two rounds left in the group phase of the VELUX EHF Champions League, we have the first team directly qualified to the quarter-finals, THW Kiel, while Barça are in pole position in group A.

We look at the best social media post of the week, review the best quotes and we also focus on HC Vardar’s fighting spirit in a tough situation.

For the first time since the introduction of the new format, THW Kiel secured first place in the group phase and earned a safe passage to the quarter-finals. With two rounds left, the German powerhouse opened a four-point gap ahead of Telekom Veszprém HC in the standings, and Kiel's two victories against the Hungarian champions means they cannot be leapfrogged by any opponent.

After a one-year hiatus from the VELUX EHF Champions League, Kiel's comeback to Europe's premier competition has been superb. Sure, there were slip-ups, like the home loss against FC Porto Sofarma and the home draw against HC Motor Zaporozhye, but, generally, Filip Jicha’s side have impressed with their consistency.

Kiel's top-class attack is the third best competition, with 377 goals scored over 12 games, and their defence has been assured, with excellent contributions from Danish goalkeeper Niklas Landin over the group phase.

A Last 16 bye does not mean that they will be favourites if they reach the VELUX EHF FINAL 4 in Cologne, but it will surely help them stay fresh until the end of the season.

Meanwhile, in group A, Barça have a two-point advantage over MOL-Pick Szeged, and they need at least two points to secure a direct quarter-final berth if Szeged defeat Flensburg. The Hungarian side are the only team to have defeated the Spanish champions this season, so the last game against Szeged in the “Palau” may be crucial.

Vardar still in with a chance

Sure, it was a game against last-placed Motor, who have won only one game in the first 12 rounds of the VELUX EHF Champions League, but Vardar showed that they are no pushovers.

The departures of Dainis Kristopans and Pavel Atman, who left for Füchse Berlin and Spartak Moscow respectively, could have seriously hampered the title-holders, yet they bounced back with their most convincing win of the season, 38:28, to secure a Last 16 berth.

Buoyed by the home fans in the Jane Sandanski Arena, Vardar finally looked motivated and in form as they stopped a five-game winless streak. They have leapfrogged Porto and are now in fifth place. The two sides will meet on Saturday in Portugal in a game that could prove pivotal for the final standings.

Finishing fifth means avoiding a clash against MOL-Pick Szeged or PSG, so Vardar will need to show the same fighting spirit that they did on Saturday if they are to extend their season in Europe's premier competition.

Having won their last two games against PGE VIVE Kielce and HC Meshkov Brest, Montpellier will face Veszprém in round 13 in a battle that may decide second place in group B – and they willl have at least one ace up their sleeve.

27-year-old left wing Hugo Descat is in the form of his life. With 61 goals scored, he has jumped to fourth place in the top goalscorer standings, just seven behind Belarusian playmaker Barys Pukhouski, who has only two games left for Motor this season.

Descat, who scored 65 goals in two seasons for Dinamo Bucuresti, was unstoppable in the last two games, scoring 20 times, including an 11-goal outing, the best of his career, against Brest last week.

In fact, Descat and right back Melvyn Richardson scored all but two of Montpellier’s 14 goals in the second half, and things can only look up for Descat this season if he continues like this. 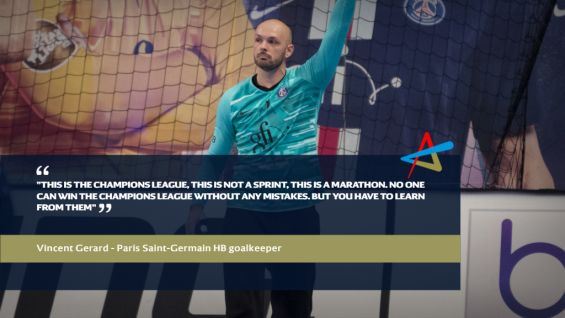 "Today Andreas Wolff made a big difference. He gave us a calm that we lacked in the first half in the attack. Thanks to Andi’s saves we were able to score easy goals from counter attacks in the second half and that was the difference."

Andreas Wolff remains in stellar form for the Polish club, as Kielce coach Talant Dujshebaev noted after their win against FC Porto.

“Vardar have never been more uncertain about the future of the club, but what the players have done today is something phenomenal. They are national heroes, for everything they do for the club and the state. It is above all human qualities and I am proud to be able to work with such characters as individuals. It’s something really special.”

The recently appointed HC Vardar coach was impressed with what his players achieved during adverse times for the club in their convincing win against HC Motor Zaporozhye.

PSG goalkeeper Vincent Gerard reflected the belief that the French side must learn from letting a six-goal lead slip in their Match of the Week loss against Szeged.

11 years ago, Romanian line player Marian Cozma was killed in a brawl in downtown Veszprém. It was a huge blow for Veszprém, as he was one of the most-liked players in the team, and he has never been forgotten.

A statue was erected in front of the arena, his number 8 was retired from the Hungarian side and each year players pay their respects around the time of his death.

Before the game against Kiel, Veszprém's players had a minute's silence for the untimely passing of Cozma.