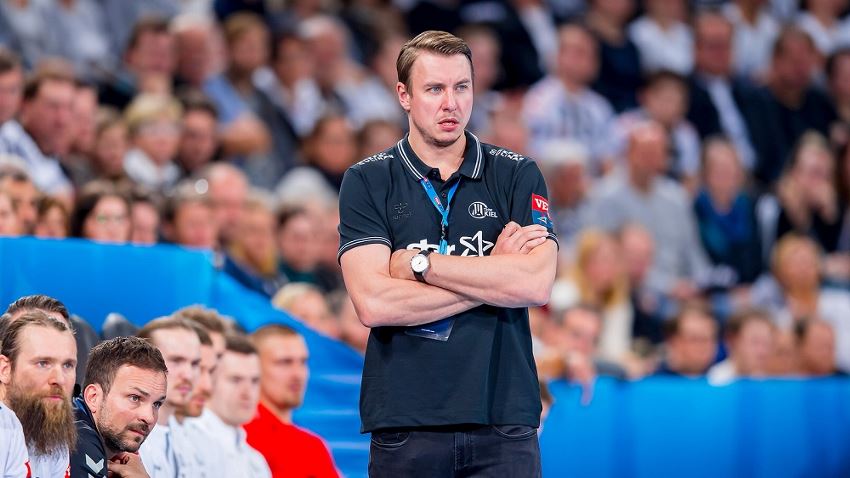 The picture is getting clearer in all groups of the VELUX EHF Champions League, as rounds are passing by, and patterns begin to emerge.

There are only two undefeated teams left - but none in groups A/B, which have reached the halfway mark. Draws are getting more and more numerous. And we also look for teams that are done and dusted.

Where did Kiel lose their unbeaten status?

Kiel rode a 17-game unbeaten streak in European competitions, after they won the Men’s EHF Cup last season. They were looking to add to that and improve their lead in the group B standings, but they failed to protect a four-goal lead against Porto with only 13 minutes to go. An embattled Portuguese side, which missed all their right backs in the dying minutes after Djibril Mbengue saw the red card, took charge of the game and surprised the German side, 28:27. It is a recurring pattern for Kiel, who also lost a midweek Bundesliga game against Rhein-Neckar Löwen by one goal (26:25) despite leading by six. It is both a problem in attack and in defence, with concentration dipping alarmingly and costly turnovers converting into potential deadly fast breaks for the opponents. Moreover, in both games, Kiel’s attacking efficiency dipped in the second half, as players got more tired and the bench failed to bring the extra assurance needed in crunch time. Now, the German side has only a two-point cushion at the top and face a challenge from Vardar, Veszprém and Kielce.

How hard is it to stay undefeated?

Kiel’s loss leaves only two undefeated teams after the first seven rounds of the competition - Bidasoa Irun in group C and Dinamo Bucuresti in D. But their undefeated status has been put to the test round after round. While Kiel created this unbeaten run by a superb comeback against Montpellier, a home draw against Kielce or a hard-fought win against Motor Zaporozhye, only to fail at home against Porto, Bidasoa and Dinamo’s mettle has been tested in close-fought games more than once. Both the Spanish outfit and the Romanian champions have five wins and two draws, and have excellent chances to progress to the play-offs for a place in the Last 16. Yet their status as unbeaten sides could have been wiped last round. Bidasoa found themselves in a six-goal hole against Presov with 15 minutes to go, only for an amazing comeback to salvage a point in a 27:27 draw. In what proved to be one of the most exciting games of the round, Dinamo and Kadetten Schaffhausen exchanged the lead eight times, only for the Romanian side to edge out a 27:26 win.

Does every point matter?

Since the introduction of the current competition format, the number of draws has increased. The 2017/18 season had the largest number of stalemates in the group phase: 21 games, or 12 per cent of the total of 172 games. While last season saw only 12 draws in total (6 per cent), this season the number is already up to 11 (also 11 per cent), with still 74 games to be played in the group phase. If the trend continues, the record from two years ago might get beaten. With this format in place, every point matters, therefore teams are likely to be satisfied with a draw. However, this does not mean that sides are not taking risks, rather than paying more attention in crunch time.

The first place in groups A and B secures direct entry to the quarter-final, and the battle for the right to skip the Last 16 is as open as ever after seven rounds. Barça and PSG are tied in group A with 12 points each, as they only dropped one away game, with MOL-Pick Szeged only one point behind. As the first three teams in the standings lost only one game, anything can still happen. Meanwhile in group B, Kiel’s loss against Porto has thrown the battle here wide open again, with the German side boasting a two-point lead ahead of Montpellier and Vardar in the standings, with Veszprém, Kielce and Porto all just one further point behind. Kiel have home games against Montpellier, Vardar and Veszprém, which could boost their chances.

Veszprém are as strong as their defence

Veszprém scored at least 31 goals in six of their first seven games this season, yet the Hungarian side is fourth in the standings after three losses – two away games and one home game. Their credentials are clear: a strong attacking side, with firepower from everywhere around the court – when backs are not in a good day, wings like Dragan Gajic (eight goals against Brest on Saturday) or Manuel Strlek take over. If the wings are out of form, then line players are up to it – Andreas Nilsson scored eight goals against Porto. But up until this point, Veszprém still have a lot to improve in defence. Conceding 210 goals in seven games, an average of 30 goals per game, is out of order, despite goalkeepers Arpad Sterbik and Vladimir Cupara – the Player of the Match of the Week against Brest – having good days. Barça (184 goals), PSG Handball (183 goals) or Kiel (189 goals) have conceded a lot less than Veszprém, therefore the Hungarian side must improve in the defensive department.

While Eurofarm Rabotnik are the only side who are definitely out of contention after seven rounds, the picture is getting clearer and clearer about the teams who will bow out after the group phase. After the 24:22 win against Zagreb, Celje opened a three-point gap ahead of the Croatian side and Elverum - two of the three teams who have failed to win a game this season. In group B, Meshkov Brest and Motor Zaporozhye need a miracle, being six and seven points respectively behind Porto at the halfway point of the group phase. Group C will feature a three-way battle for the two places, as Bidasoa (12), Sävehof (10) and Sporting (9) are ahead of the chasing pack, while Dinamo (12), GOG (9), Plock (7) and Kadetten (6) are still in play for the first two places in group D.