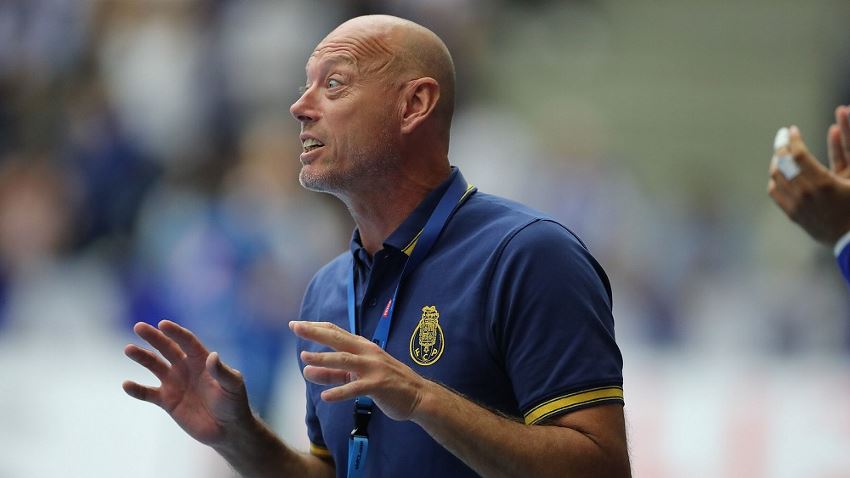 Wherever it goes, the ehfTV.com Match of the Week is always an attention-teaser. Last weekend it was even on a different level: Elverum against PSG Handball became the handball match with most visitors ever played in Norway.

There was a lot more happening in the third round of matches in the VELUX EHF Champions League 2019/20, with Porto upsetting Kielce and Vardar battling for 60 minutes against Motor.

Here are the best quotes from coaches and players.

“We watched the last two games from Kadetten Schaffhausen and hoped to win two points. But our players thought the points would fall from heaven…”

There can be a huge gap between what you think you can achieve and what you really deliver on the court. And Chekhov experienced this bad feeling on Sunday night, losing by nine goals in Schaffhausen. Coach Vladimir Maksimov, with all his experience, knows that nothing comes without hard work in handball.

“I’m really happy and proud to be a part of all of this. This was a huge victory, not only for me, but for the club and the supporters.”

After a narrow defeat against Vardar in the week before, Porto got their second home win of the season by beating Kielce on Saturday. Taking the two points against the former title-holders was a big moment for Magnus Andersson and the whole Portuguese club.

“During this game I was listening to a Rock ‘n’ Roll song. This music reminded me of the exciting speeds and non-balance between defence and attack.”

Magical on the court, outspoken in press conferences: left wing Timur Dibirov had an unexpected analysis of Vardar’s game against Zaporozhye. The defending champions won the tough contest by just one goal. Like a Rock ‘n’ Roll song ending on a high note.

“I think Elverum tonight organised an amazing atmosphere in the arena, and thanks to all of the fans joining the game.”

You might have won the EHF EURO with your national team and played in the biggest arenas with your club, you can still be impressed by playing in front of more than 12,000 spectators in Match of the Week. And Rodrigo Corrales certainly appreciated the atmosphere in the Håkons Hall in Lillehammer last Saturday.

“I’m so incredibly proud of this town and the big heart that Elverum shows for handball. Its people are amazing.”

You might lose the game on the court and still be the proudest coach. That’s how Michael Apelgren felt on Saturday. Elverum lost by three goals against PSG Handball but Apelgren - and the whole club - will never forget the Match of the Week event they created in Lillehammer.