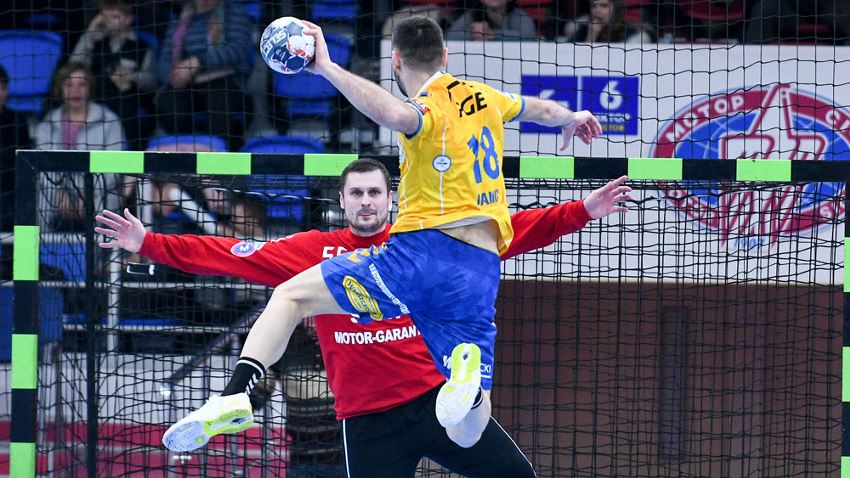 Kielce pile the pressure on Veszprém and Montpellier

Already eliminated from contention for a Last 16 berth, Motor Zaporozhye never stood a chance against a hungry Kielce side, who took an early lead which they never relinquished, to claim a 33:26 win.

With seven wins in their first 13 rounds, Kielce tied Veszprém for the second place, before the Hungarian champions host Montpellier in the Match of the Week on Sunday.

Silenced in the first six minutes of the game, Motor never had a chance to mount a comeback against a fiery Kielce.

The Polish side, in need of points in the battle for a place in the top three, jumped to a 5:1 lead. Backs Alex Dujshebaev and Artsem Karalek were in fine form, combining for seven of Kielce’s first eight goals.

Limited to a meagre 25 per cent attacking efficiency in the first 10 minutes, Motor, who are already eliminated from the running for the Last 16, had no gas in the tank to compete.

At the break Kielce were 19:14 up, despite the current VELUX EHF Champions League top scorer Barys Pukhouski starting to find his form in the closing minutes of the first half.

Kielce held their ground for much of the second half but Motor found a little hope due to a 4:0 run between the 44th and the 52nd minutes when Kielce’s players started missing shots. The hosts closed the gap to just three goals at 25:28 before Kielce got things back on track.

Distributing the ball well throughout their side, courtesy of some Igor Karacic magic, Kielce produced their own 5:0 run to secure their seventh win of the season, preventing Motor from scoring more than once in the last eight minutes of the game.

The 33:26 win means Kielce are still in the hunt for second place before the final round of the group phase, tying Veszprém with 16 points. However, with Montpellier just one point behind with a game in hand, and Veszprém also with two games still to play, everything could still change.