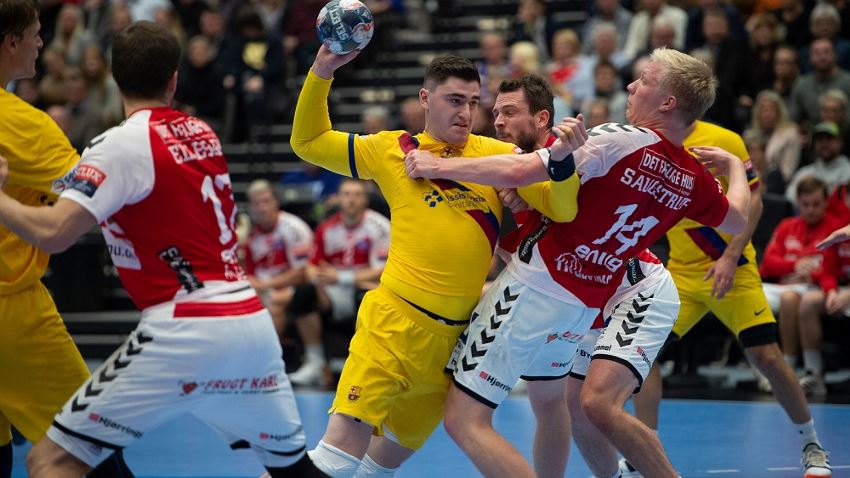 After Paris’ win in Flensburg on Wednesday (30:29), Barcelona had to take the two points in Aalborg today or they would see the French side sitting alone on top of the group. On the other end of the spectrum, Celje’s clash against Zagreb was very important for both sides who will be battling for sixth place and qualification to the Last 16.

If the first minutes of the game were in favour of the hosts, who were up by three after eleven minutes, the rest of the game was controlled by the visitors. Barça first took the lead on the scoreboard at the 20th minute, thanks to a fastbreak goal by Victor Tomas.

The visitors coach Xavi Pascual noted how his side did not have it all their own way early on, "It was difficult for us in the first half, where the home team had a lot of saves, and we had a difficult time finding the right solutions." 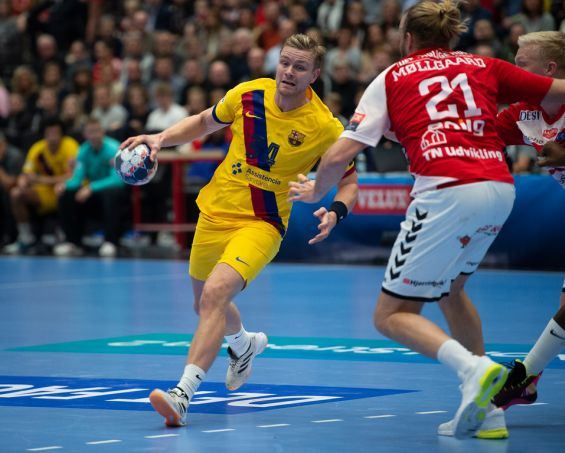 At half-time, they were still ahead by one, but they immediately put their feet to the gas when they came back out for the second half. A couple of saves by Kevin Moller put them on the right track and Aleix Gomez’s hand didn’t shake when it came to punishing Aalborg’s fouls from the seven-metre line. The right-winger, who scored nine, was the key player for Barcelona.

The Spanish side’s advantage peaked at four after one of Gomez' nine goals, a gap that the Danes never managed to recover from.

One of the match highlight's was the fact that Barça team captain Victor Tomas scored the 700th goal of his Champions Leage career, 16 years after he opened his account with three goals in the 2003/04 season.

More than a captain, a legend. 💪

Stefan Madsen, Aalborg head coach, thanked the fans for creating an incredible atmosphere after commenting on how tough today's assignment was, "We knew it was going to be a difficult match, and even though we played to our best ability, we still knew that it perhaps would not be enough. We did that today. We are still disappointed with the result, but we were up against one of the best teams in the world, and we managed to push them to the end."

Celje’s win against Zagreb may be seen as “logical” as the Slovenian side always had the upper hand on the scoreboard, but it was not one that was easy to get.

The biggest advantage for the hosts was three goals, nineteen minutes before the final buzzer. Before that, the first half had been a low-scoring one, with the two defences and the goalkeepers, Celje’s Klemen Ferlin and Zagreb’s Radivoje Ristanovic, being the two stars of the evening. 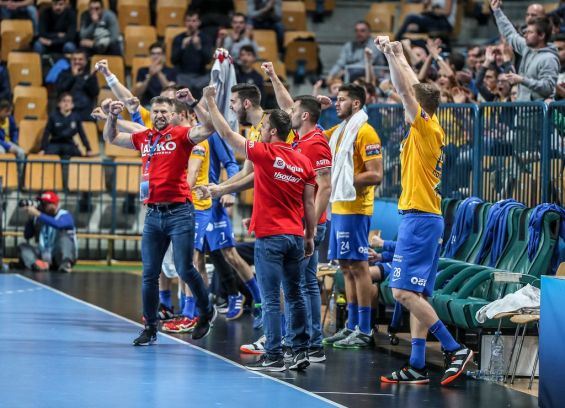 Even once Celje were three goals ahead, Zagreb did not give up on the fight. Matej Hrstic and Zlatko Horvat helped the visitors come back within one, but never did the Croatian side manage to make the score even. Matic Groselj, in particular, was instrumental for Celje, scoring twice in the last four minutes to keep his team two goals ahead, before Simon Razgor finally gave them the win with a last goal, ten seconds before end.

It took Szeged one half to really understand what Elverum’s game was about. If the Norwegian side was far from being the favourite tonight, for thirty minutes, their play was level to that of their opponents, thanks to another master performance from Alexandre Blonz. Scoring five of his team’s eight first goals, the winger was pivotal for the visitors, who were only down by two at half-time.

But Szeged, just like they did last week against Celje, turned the power on after the break. With Bence Banhidi and Dmitry Zhitnikov on scoring duties, the Hungarian side quickly widened the gap. Fewer than ten minutes after coming back on to the court, Szeged were up by six, 21:15, and never looked back.

Even though Elverum were trying their best to keep in touch, they were missing shots on Mirko Allilovic's goal while not being able to stop their opponents’ attack.