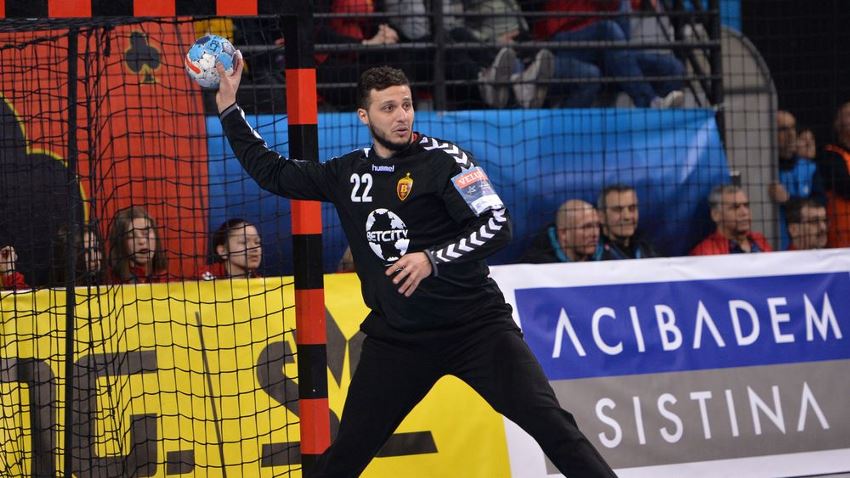 Ghedbane still gets goosebumps thinking about the title

This is one of those incredible stories which only the VELUX EHF Champions League can write.

This time last year, young Algerian goalkeeper Khelifa Ghedbane had no idea he would be playing in Europe, but come September he was signing a contract with the 2017 champions.

“It was really hard in the beginning, because there was a lot of papers to get sorted. But as soon as everything was settled, I found a new family here in Skopje. And everybody, from the president to the other players, made me forget about the hard times,” recalls the 22-year-old.

Vardar impressed from the very beginning, beating defending champions Montpellier in the first game of the season, before making it to the Last 16, then the quarter-finals and all the way to the trophy.

Beating Veszprém in the final, Ghedbane says, “was one of the best moments in my career. It is a dream for every player just to reach the final. And to win it, against one of the best teams in the world.”

If the Algerian international seems a little bit lost for words, maybe it is because he gets goosebumps every time he thinks about the final whistle again. “It was unbelievable.”

According to his goalkeeper, what made the difference between the Macedonian side and the other teams in the competition was “loyalty”. There were talks about problems behind the scene but, on the court, you never could say that the players were letting their club down. “We promised to fight until the end and to think of how to make the Macedonian people proud. We fought 1000% until the end” says Ghedbane.

Having extended his contract with Vardar for another season, the goalkeeper will still be a part of the team next season with a single goal: to defend the title. Which will be anything but an easy task.

“Reaching Cologne is harder every year because the level of handball is rising. The competition is getting tougher, but this is what makes it the place to be in handball,” explains Ghedbane, who showed a lot of progress throughout last season, partly thanks to former EHF Champions League winner Dejan Peric, who trains the goalkeepers in Skopje.

“I listen and take in as much as I can because he has so much to give. And one season is not enough to learn it all.”

But the Algerian goalkeeper knows that, for a young player like him, there is always room for improvement. So, in his free time during the season, he watches games from all around Europe just to get to know the players and how they might shoot against him.

“I have to, whether I play against them in the future or not,” he smiles.

But before going back to Skopje, Khelifa Ghedbane had a lot on the table this summer. He, of course, enjoyed Algeria’s success in the football Africa Cup of Nations.

“Football is a passion in Algeria so we followed all the games. And it is an honour we won the competition,” he says, before revealing what kept him busy all summer long.

“I used all of my holidays preparing for my wedding,” says Ghedbane, who enjoyed his special day earlier this week.