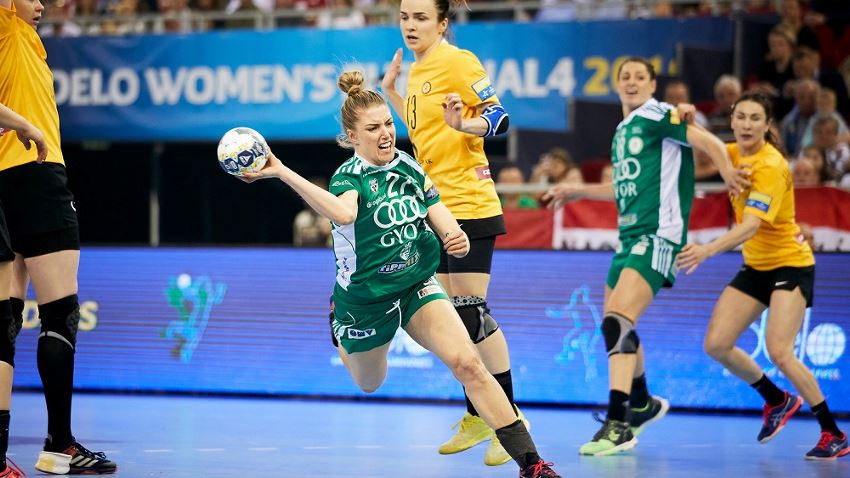 For the third straight time, Györ lifted the Women’s EHF Champions League trophy in Budapest this weekend, after winning the final against Rostov-Don. For Anita Görbitz, it was the fifth time she won the competition.

While the Hungarian side was ecstatic about the outcome, the three other teams at the DELO WOMEN’S EHF FINAL4 also praised the atmosphere in the Papp Laszlo Arena.

Here are the Top 5 Quotes from last weekend:

“I do not really care about individual achievements as long as we take the trophy home.”

The Dutch player became the all-time EHF FINAL4 top scorer this weekend after her first - and only - goal in the final. But for Groot, the most important thing was winning the trophy with her team, and nothing else.

“I do not know how but we will find a way to come back here next year and to win this competition.”

At their first DELO WOMEN’S EHF FINAL4, Metz Handball didn’t live up to expectations after their otherwise excellent season. They lost twice this weekend and finished fourth, but the players will have learned from the experience and want to return next year for more.

”We are satisfied as we did everything we could, maybe even more that we normally would have in us.”

After finishing fourth last season, Rostov-Don reached the final of the WOMEN’S EHF Champions League this time, and lost only by one goal to Györ. Coach Martin had every right to be satisfied about his team’s performance, despite the final defeat. 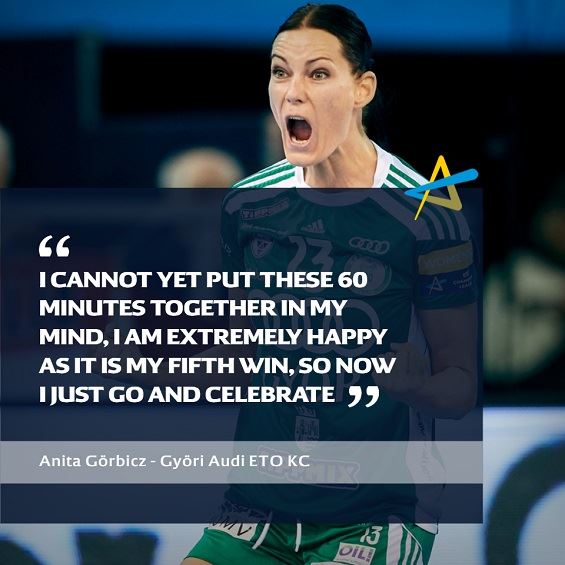 “We were so sad that we lost Katrine due to her injury, but we kept on fighting for her.”

How an injury to a key player of your team can actually makes you stronger: Vipers showed it in the bronze-medal match against Metz. While experienced Katrine Lunde had to be carried off the court with a left knee injury, her teammates stepped up a gear - and won bronze.

“I cannot yet put these 60 minutes together in my mind, I am extremely happy as it is my fifth win, so now I just go and celebrate.”

The Hungarian legend celebrated her fifth win in the Women’s EHF Champions League, the fourth at an EHF FINAL4 with Györ. And when asked about her feelings, she seemed a little bit lost for words. How understandably!