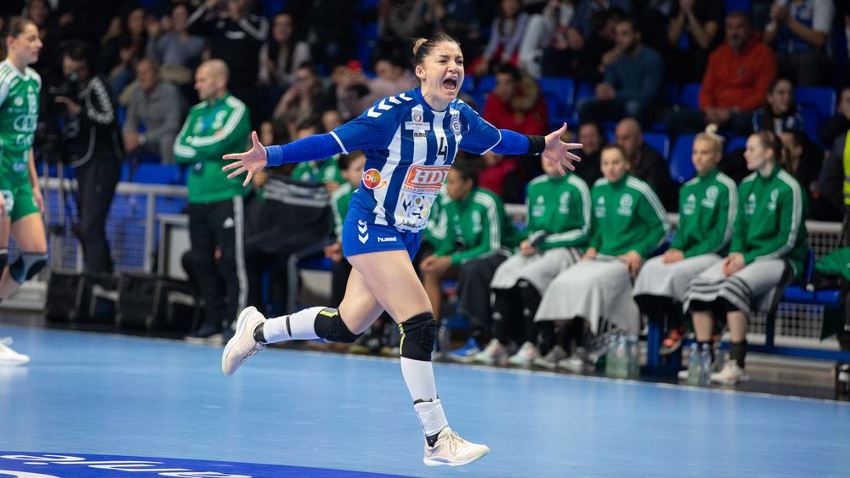 Four talking points as the main round concludes

87.5 per cent of this season’s DELO WOMEN’S EHF Champions League is behind us and only eight teams remain in the hunt for the title as the knockout phase will begin in the first weekend of April.

But before we move on, we will take a look back at what has happened during the season and the final weekend of the main round.

What to make of the quarter-final pairings?

After Esbjerg beat Metz, 30:29, thanks to a superb comeback, the quarter-final pairings were set in stone.

The win meant that the Danish side leapfrogged Rostov-Don in the standings, but they will not have an easy task at hand, as they face Buducnost in the quarter-finals, an experienced side who can be difficult to beat at home and have their sights set on returning to the DELO WOMEN’S EHF FINAL4 in Budapest for the first time in three years.

Rostov-Don will have to be at their best in the quarter-final, as there is no room for error. The Russian side will face Brest Bretagne Handball, the surprise package of the season, who only lost once this season, against Györ after a hard-fought game on their home court, 29:28.

Metz are also targeting a return to Budapest and, on paper, they have the best route. SCM Ramnicu Valcea may have won four games this season, but they lack firepower in attack and have trouble in away games, where they only won once in six attempts this season.

Moving on to the last pairing and this is a classic. Györ are unbeaten in 37 games in the competition, yet their last loss came against CSM Bucuresti, their quarter-final opponents. Could the Romanian powerhouse, who also won the trophy in the final against Györ in the 2016/17 final and have an in-form Cristina Neagu on their side, spring a surprise?

A fresh face in Budapest?

10 different teams have played in the six DELO WOMEN’S EHF FINAL 4 tournaments since the current format of the competition was introduced in the 2013/14 season and that number could reach 13 this season.

For that to happen, three conditions must be met: SCM Ramnicu Valcea must win against Metz, Brest have to eliminate Rostov-Don and Team Esbjerg must see off Buducnost in the quarter-finals.

Györ have by far the biggest experience in these situations, taking part in five DELO WOMEN’S EHF FINAL 4 seasons in Budapest and reaching the final each and every time, while winning the trophy four times.

CSM Bucuresti have also qualified for Budapest three times, while Rostov-Don were also present in the past two seasons.

Buducnost were present four times, between 2014 and 2017, but failed to qualify in the past two seasons, while Metz’s first berth was secured last season.

Can anybody overtake Radicevic as top scorer?

Anita Görbicz’s 133 goals in the 2011/12 season is the highest score in a single season of Europe’s premier competition.

Cristina Neagu managed to score 110 goals in the 2017/18 season, but players have seen their distribution regress in the past seasons.

However, Jovanka Radicevic is having the best season of her life in the DELO WOMEN’S EHF Champions League and needs only three goals to hit the 100-goal mark, with at least two games to play.

Buducnost will face Brest in the quarter-final, yet the Montenegrin right wing looks undeterred, irrespective of the opponent.

Radicevic had five games with at least 10 goals scored this season, while her lowest production was a four-goal game against Bietigheim.

The top goal scorer title looks secured for the 33-year-old, who holds an advantage of 19 goals over Brest’s Slovenian right back Ana Gros, while FTC’s right back Katrin Klujber, 84 goals, is already out of the competition.

What is next for Krim?

Despite leaving the competition in the main round, RK Krim Mercator had reasons to celebrate. The Slovenian champions became only the second team to ever reach 250 games in the DELO WOMEN’S EHF Champions League and they hit that milestone with a win, 29:23, against the only other team to play 250 games in the competition, Buducnost.

With the focus on young players and always trying to develop them, Krim have taken a step back and failed to progress from the main round since the 2012/13 season, yet they are still present and holding the flag up high.

The next team likely to hit 250 games in the competition will be Györ, who are currently on 216 games, but they already top the charts with the most wins - 161.

Best of social media - fan of the week

Rostov-Don finished the main round on a high and there was plenty to cheer for as their fans were all in and helped their team get the win over FTC.