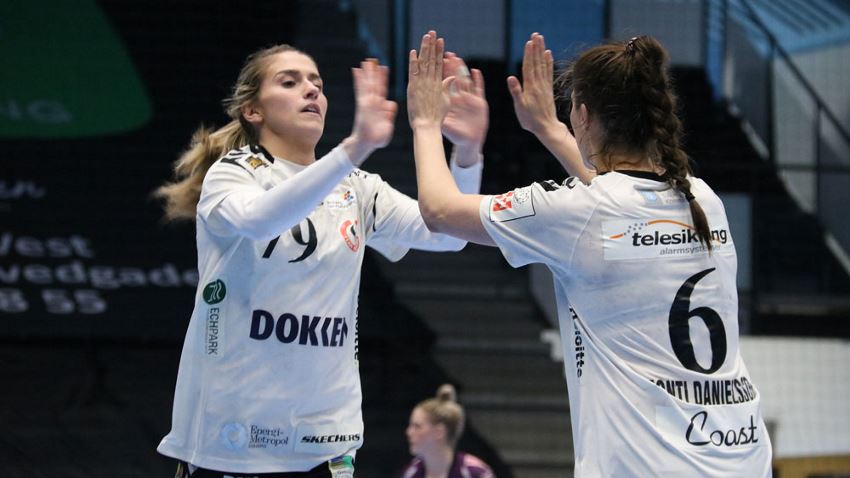 Esbjerg triumph in Denmark as Odense hunt for a title

The ehfcl.com series highlighting the best contests of the European domestic scene begins with a look at the Danish women’s championship, which was won by Team Esbjerg after consistency throughout the season.

In spite of reinforcing their squad considerably over the past couple of years, Odense HC are still looking for their first title.

They did win the Danish league this year, but that does not really count for a title in Denmark. While the powerhouses from Hans Christian Andersen’s home town were not expecting to win the Women’s EHF Champions League, with their tournament ending in the quarter-finals against Györ Audi ETO KC, they were hoping to finally land a title on domestic ground.

However, the final in the Danish Cup was lost 26:28 to Nykøbing Falster, and after losing steam towards the end of the season, Odense were also unable to finish the job in the championship play-offs.

Injuries and pregnancies played a major part in Odense’s problems towards the end of the season, but after two semi-final defeats against Herning-Ikast Handbold, the bronze was secured after all against dethroned champions Kobenhavn Handball.

After a constant performance over most of the season, Team Esbjerg made use of Odense’s lack of stability to win the Danish championship for the second time in history, which was a consolation for losing the Women’s EHF Cup final to Siofók KC Hungary.

Herning-Ikast could not do much in the two-legged final against an in-form Esbjerg team.

Meanwhile, Odense have been boosting their hopes of finally landing a title next season.