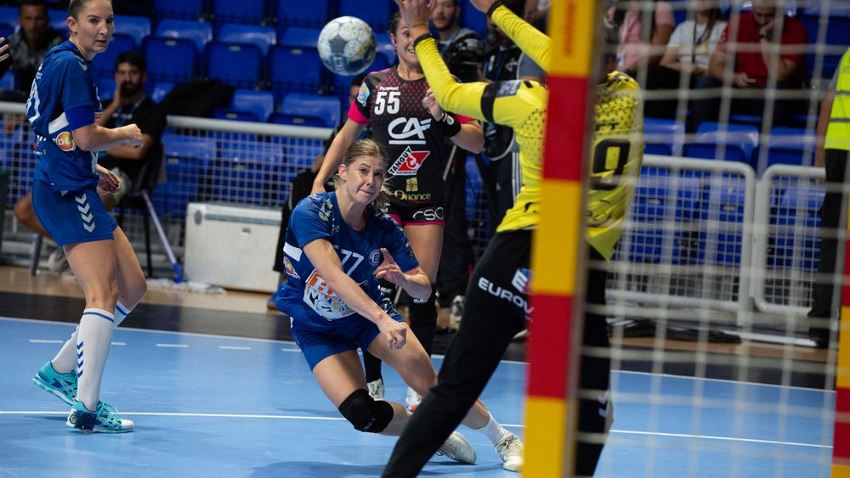 The ballerina, Tetris and the “Black Angels”

There was no shortage of witty and intelligent posts on social media, with Majda Mehmedovic showing off her dancing skills, a surprise birthday party for a superfan and Rostov taking up the Tetris challenge.

We throw off the social media review with a beautiful and witty clip from Buducnost left wing, Majda Mehmedovic. The Montenegrin star returned to Podgorica after three seasons at CSM Bucuresti, but failed to help her team avoid a painful home defeat against Brest Bretagne in round 1.

However, the entertaining Mehmedovic scored six times and also shared a clip on her Instagram page as she tried to prove she is as good a ballerina as she is a handball player. Maybe a change of career, Majda?

Romanian superfan Angela Pop has travelled the world to cheer for Romanian club and national teams and it was about time she got surprised by her idols. After winning against Esbjerg on Sunday, CSM invited Angela to their locker room to wish her all the best and celebrate her birthday.

Visually, DHK Banik Most are one of the most arresting teams on social media, as their campaign, which brands the side as the “Black Angels” is superb. On the court, Most displayed their magic and won their debut match, 31:29, against Krim. Here is a sneak peek behind their official photoshoot last week.

A post shared by DHK Baník Most (@most_handball) on

Smiles and cheers for Brest

Only one team scored more than 35 goals in the “Moraca” Arena against Buducnost in over 100 games in Europe’s top flight until Saturday. 21 years since it last happened, Brest Bretagne stunned the Montenegrin powerhouse with a 35:32 win to launch their campaign and the atmosphere on the team bus was electric.

The Tetris challenge comes to handball

The viral Tetris challenge is now in full fledge, as everything started when the police department of the Swiss canton of Zurich sparked a campaign by posting an image of two police officers standing on the sidewalk, surrounded by neatly arranged tools. It has become an internet sensation and Rostov-Don took up the challenge.

In case you missed it, you can now buy the official IK Savehof shampoo if you come to their games. The men’s team had a superb start to the VELUX EHF Champions League, with three wins out of three and their hair looks almost as good as the play on court.