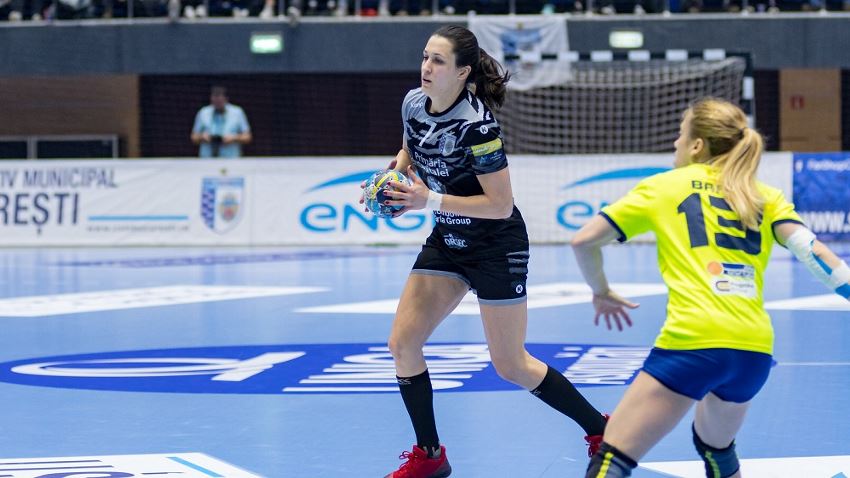 It was a turbulent week for CSM Bucuresti – just a few days before the start of the new DELO WOMEN’S EHF Champions League season, the head coach Tomas Ryde stepped down, and his former assistant Adrian Vasile took over.

In Vasile’s debut match in the competition, the Romanian powerhouse faced tough opposition away against Esbjerg, especially in the second half, but ultimately won 24:22.

With big stars Nora Mørk and Cristina Neagu out through ACL injures, CSM had to rely on other options in attack. Notably in the first half, none of the visitors scored more than two goals, yet nine different players put their names on the scoresheet, which resulted in CSM comfortably leading at half-time, 13:8.

It was the goalkeeper Denisa Dedu who really stood out, as her multiple saves helped the Romanian side to take an early lead. Esbjerg were unable to score between the 10th and 18th minute, which allowed CSM to move the score from 4:3 to 7:3.

Following a timeout called by Jesper Jensen, Esbjerg scored three goals in a row - two by Estavana Polman and one by Marit Jacobsen. Yet, then, Vasile also took a timeout and made some tactical changes, and CSM were quickly back on track.

Esbjerg, who enjoyed a perfect start in the Danish league, desperately looked for a comeback on home court. In the second half, they were more clinical in attack and improved their defence, causing a lot of problems for CSM.

In the 47th minute, Polman’s goal made the score 17:16, yet Esbjerg failed to draw level. In the crucial moments, CSM held their nerve and Dedu made some more brilliant saves, which helped the Romanian team remain in the lead.

The score was 23:21 when Dedu saved Sonja Frey’s penalty shot 40 seconds from the buzzer. In the remaining time, the sides exchanged goals, and CSM celebrated a hard-fought victory, 24:22.

"We know that we have the level to play these games – individual and collective. But today we did not have the ability to play with the required hardness in the first 30 minutes. And when we got back on track, we were behind by five goals. I do not think that we have moved on the mental level since the EHF Cup final against Siófok in the spring. I did not see the coolness that we show in the Danish league," said Esbjerg coach Jesper Jensen after his team's loss.