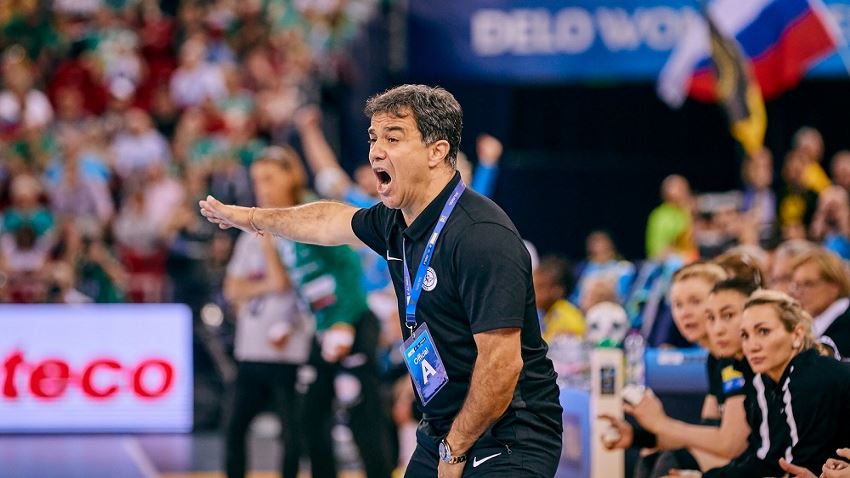 Following a powerful performance in their semi-final, Györi Audi ETO KC will aim to defend their title and raise the Women’s EHF Champions League trophy for the third consecutive season on Sunday evening in Budapest.

The Hungarian team will have to overcome motivated Rostov-Don to do so, and it will clearly be a tough fight after the Russian side clinched a nail-biting win in their semi-final versus Metz at the DELO WOMEN’S EHF FINAL4.

The question will be answered on Sunday evening in Papp Laszlo Arena, when the Spaniard’s current team Rostov-Don take on his former side Györi Audi ETO KC to decide the 2018/19 trophy. Martin was at the helm for all four of Györ’s Champions League titles, while current Györ coach Gabor Danyi was his assistant. Now, the Hungarian side are set to play their first final with Danyi as head coach.

“We had all of our focus on Metz. Györ will be in advantage because they have some more time to rest and they have much more experience,” said Martin after the semi-final. “They had an easy match and we had a tough one, but we will fight tomorrow till the end.”

Györ have not lost a Champions League match since January 2018 and aim to extend their record in this competition to 25 games. Rostov may not enter the final with the same record, but a fiery clash can be expected as the Russian side are highly motivated.

The likes of 2016 Olympic Games and EHF EURO 2018 MVP Anna Vyakhireva as well as six other Russian Olympic champions are on the hunt for their first Champions League title, while 2015/16 winners with CSM Bucuresti, Mayssa Pessoa and Ana Paula Rodrigues, hope for their second. Vyakhireva’s sister, Polina Kuznetsova, is the only other previous Champions League winner from Rostov, having claimed the title with Zvezda in 2007/08. 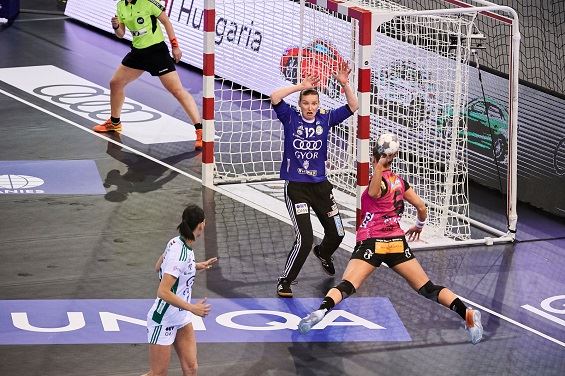 As Györ have won the trophy for the last two seasons, and played four finals in five years, their team are more experienced at this stage and most of the current squad were part of the win in 2018. One player missing from Sunday's final will be Jana Knedlikova, who has been replaced by Szidonia Puhalak.

Under Danyi’s direction this season, Györ’s focus has been on increasing the efficiency of their already world-class attack, while Martin has introduced tougher defence at Rostov. Rostov will undoubtedly have to work hard with their defence to stop Györ, but their performances in the semi-final and throughout the season have shown they are up to the challenge. On Saturday, they clearly won the battle against Metz at their own end of the court – something the French side were more reputed for.

Rostov’s keepers were in great form on Saturday, with Anna Sedoykina saving at 53 per cent in the first half before Pessoa came in and made some decisive stops in important moments, including on Metz’s last penalty to secure the victory.

But Györ bring perhaps an even more formidable goalkeeping trio into the final: EHF FINAL4 2018 MVP Amandine Leynaud, Kari Grimsbø and Eva Kiss. All three had bright moments in the semi-final, though Leynaud stole the show with her performance in the first half.

One potential problem for Rostov could be an ankle injury for Vyakhireva. Whether the injury is serious enough to keep her off the court is not yet known: “I am a little worried about my ankle, because it got injured in the first half,” said 2018/19 All-star Team right back. “In a match you have to get through everything and keep fighting, no matter what happens. With adrenaline it was easier, but now it hurts. I hope it is nothing serious.”

If Vyakhireva cannot play, Rostov’s chances will certainly decrease. Nevertheless, the stage is well and truly set for an epic match to decide the title on Sunday.