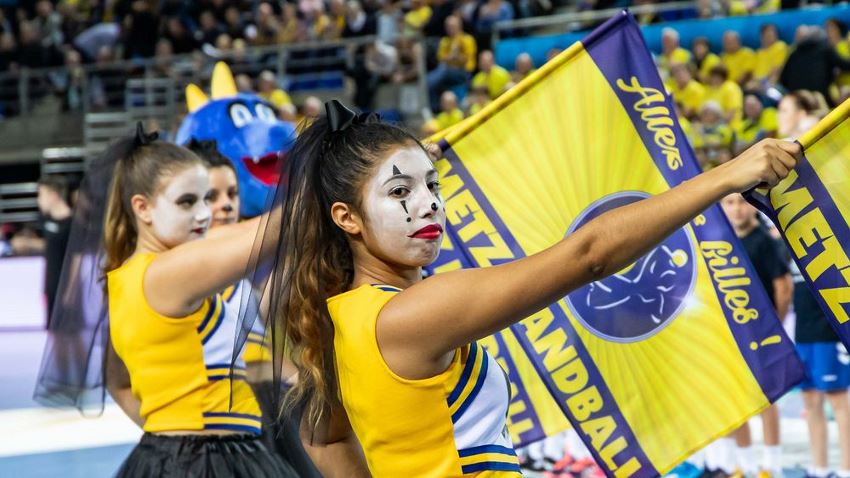 Two NFL teams were in Europe last week to play in London, but before going to England, one of the players, Jacksonville Jaguars’ Marcell Dareus, took some time off and went to Paris to visit PSG. Handball is on the up in the USA and Dareus met some of PSG’s players, played some handball and enjoyed himself. Of course, everything was captured on video, so check out how Dareus handles himself with a round ball.

Halloween took place last week and teams were displaying some creepy shots of their players. Flensburg, Meshkov Brest and Metz Handball were trying to spook their fans, but who do you think did it best?

Kielce’s 34:33 win against Veszprém was one of the highlights of the week, with a lot of lead changes, some late drama in the game and a huge win for Talant Dujshebaev’s team, who avenged last season’s semi-final loss against the Hungarian side.

Before the game, though, when the VELUX EHF Champions League anthem was played, Kielce’s fans displayed a superb tifo, which highlighted the unity between Poland and Hungary, with Veszprem’s fans chanting the name of the host country. More of that, please.

Life of a goalkeeper in pictures

They say a picture is worth a thousand words and this picture surely can help your imagination run wild. Did the ball hit goalkeeper Thorsten Fries in the face, or did the Elverum shot stopper help save it with his hands?

Get ready for Movember

Veszprém have slowly become one of the top-notch accounts on social media to follow and with the start of November, they promise us a few surprises. Movember is a campaign to raise awareness of men's health issues and we cannot wait to see what the Hungarian side has in store during the next weeks.

Romanian powerhouse CSM Bucuresti is one of the four unbeaten teams this season in the DELO WOMEN’S EHF Champions League and the sheer joy in their locker room is clear from these two posts.

We see the Romanian side take the trip to Lublin and we can see how much joy the players have after they won the game against MKS Perla, 28:19. Moreover, it was Cristina Neagu’s first game after a 326-day injury lay-off and she is the star of the video, screaming “take me a picture” when the camera finds her.

We stay with CSM Bucuresti, this time via their Instagram account, with a sweet reunion between good friends. Majda Mehmedovic and Jovanka Radicevic were back in Romania for Buducnost’s game against SCM Ramnicu Valcea and the two Montenegrin wings met with their former teammates in the airport. CSM’s coach, Adrian Vasile, is also Per Johansson’s assistant in the Montenegrin women’s national team, so he was more than happy to see the two players, even for a short time.

Back to Halloween, Rostov-Don produced a funny infographic for their game against Astrahanochka in the Russian league, as the pumpkins and the Halloween theme haunted their opponents in this clear win.