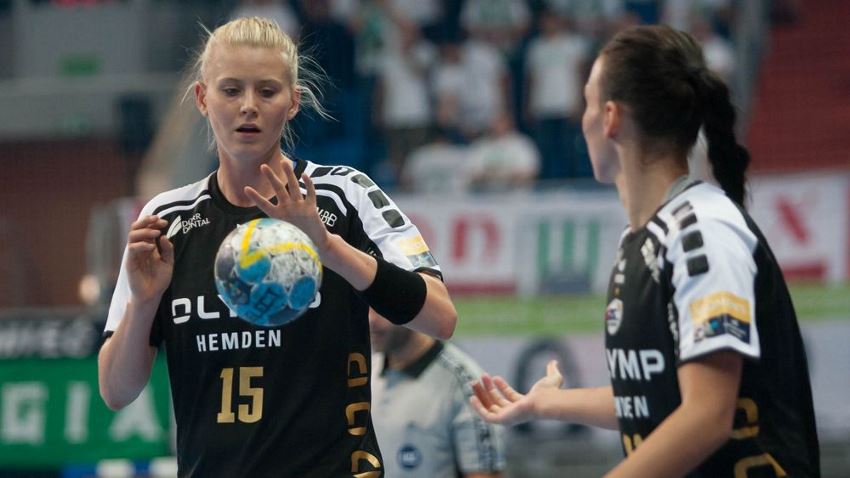 The final ticket goes to Germany. On Sunday night, boarding for the Women’s EHF Champions League Group Matches was complete.

Contrary to the other group finale, where Podravka won ar dramatic final against Craiova in the final minute, SG BBM Bietigheim had already decided their final at Lublin by the break, leading 20:11.

After their 33:27 win in the semi-final against Bera Bera on Saturday, Martin Albertsen’s team stepped up a gear or two in the final, winning 34:19.

Bietigheim will face Bucharest (ROU), Kristiansand (NOR) and FTC (HUN) in Group D, while Lublin continue in the third qualification round of the EHF Cup.

• Like Germany, Hungary, France, Denmark and Norway are represented by two teams in the upcoming group matches

The result was never in doubt, but that did not hinder SG BBM Bietigheim’s celebrations after they secured their place in this season’s group matches.

In a classy display, the German side gave their hosts no hope after taking off midway through the first half.

The Polish champions stayed in touch early on, but when Bietigheim strengthened their defence and goalkeeper Dinah Eckerle hit form, they flew into a 20:11 half-time lead.

Lublin had surrendered, and scored only four goals in the first 23 minutes of the second half, while Bietigheim kept going with waves of counter-attacks.

Dutch international Maura Visser was the top scorer for the victors with nine goals and was joined on the scoresheet by all court players on her team.

Like against Lublin the day before, Salerno went toe-to-toe with their opponents for the initial period, but from minute to minute, Bera Bera extended their lead.

The Spaniards held a comfortable 17:8 advantage at the break, by they did not stop there.

Bera Bera were even more emphatic in the second half of this one-sided encounter and were well-worth their 20 goal victory.